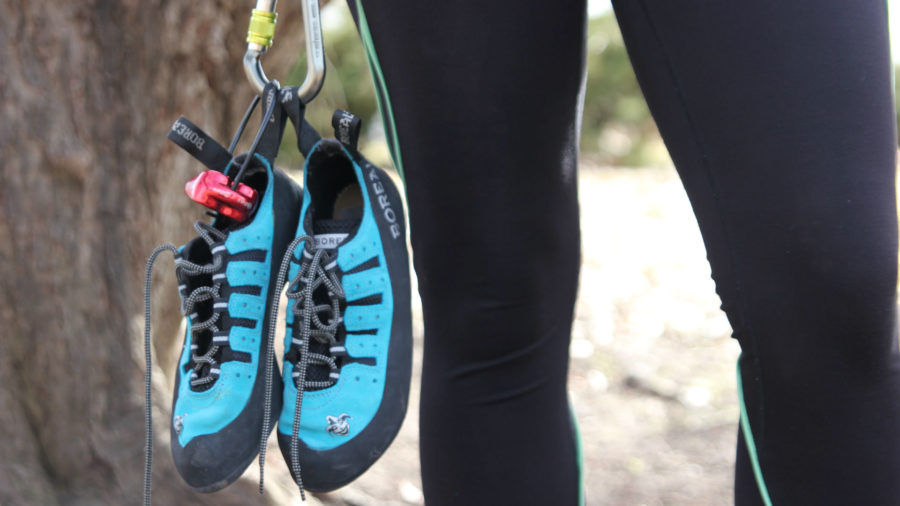 Simpson is not only known for its academics, sports and friendly community, but also its diverse clubs and organizations.

If you can’t find a club, you can make one, which is exactly what junior Kathleen McCaffery did.

McCaffery, who is majoring in English and minoring in sociology, said she decided to start the club after spending a semester in Belfast, Ireland.

After joining the mountaineering club, Kat rekindled her love for rock climbing, a favorite childhood activity.

“I love to climb,” said McCaffery. “ I was climbing before I was even walking.”

Rock climbing took a back seat when she was 8 and started swimming and martial arts, but it’s always been a passion.

But rock climbing is no easy pastime and takes a lot of physical and mental effort to do.

“A lot of it is being able to see the wall and not see it as an obstacle,” said McCaffery. “ It’s a big mental game.”

The sport requires a lot of upper-body strength, but it’s almost harder to train mentally than physically.

McCaffery doesn’t only want this to be a fun workout; she wants it to challenge people mentally.

It not only helps people with school but also with obstacles in their daily lives.

McCaffery sees it as much more than changing one’s worldview but also one’s view on life.

The club hosts people of all skill levels, and there are no requirements for joining.

Anyone can climb to the top of a mountain — or rock wall, as the case may be.

When asked why she liked rock climbing so much, McCaffery laughed, “It’s like trying to ask ‘Why do I like being outdoors? Why do I like doing anything?’”

For those who are afraid of heights, or simply afraid of falling, fear not.

The safety measures taken in rock climbing are extensive.

There are harnesses that are attached to the person, and the harnesses are tied into a rope, which is attached to a carabineer at the top as part of a pulley system.

Even if you let go or slip off the wall, you won’t fall.

Chances are, you’ll slowly come down to the ground, or you’ll hang in mid-air until someone gets you down. Or if you’re like Kat McCaffery, you’ll make your friends get to the top before they get to come down.

What is it like to be so high up? For some, it’s terrifying, and for others, it’s exhilarating.

Although McCaffery doesn’t have a particular stance on it, she commented, “It definitely gives a person a unique perspective on the world.”