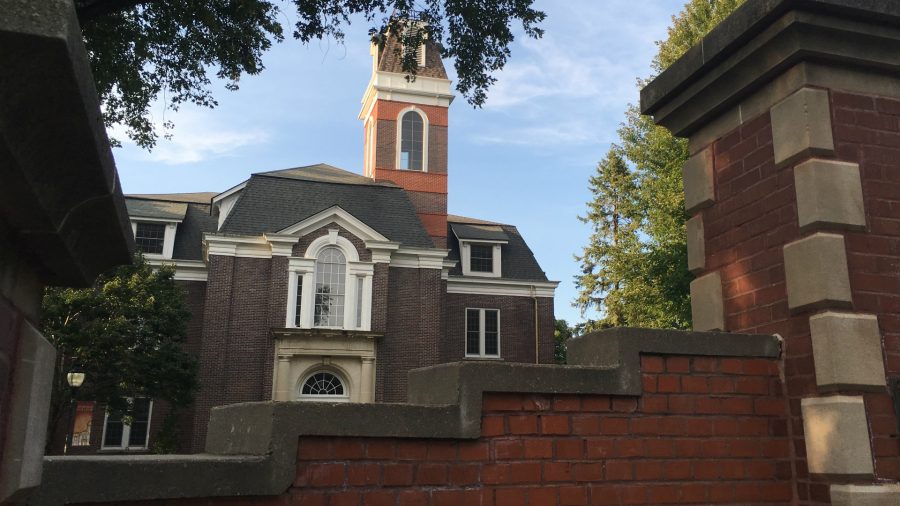 INDIANOLA, IA—Simpson College is investigating an incident in which a student received “a meme racially offensive content” through the Apple file-sharing system, AirDrop, according to a statement from President Jay Simmons which was emailed to students on Aug. 30.

Simmons said the incident took place the night of Wednesday, Aug. 29 and that the college has “begun the process of investigating and adjudicating this incident.”

Simmons continued, “Beyond the specific incident itself, it is tremendously disappointing to be reminded, so early in the new academic year, just how much work we still have to do in becoming a campus that is truly inclusive for all.”

Although he acknowledged there are times when people may unintentionally say or act in ways which are offensive to others, Simmons said, “we each must acknowledge that, regardless of both the intent and whether those actions took place face-to-face/physically or via social media, our actions have impacts on others that are real and meaningful.”

In a separate email to The Simpsonian, Vice President for Student Development and Planning Heidi Levine confirmed it was a student who had originally sent the meme.

“We received multiple reports last night from different students,” Levine said in explanation to how the college was alerted to the meme.

She explained that the college will not publicly disclose the results of the conduct case to the student body, which she said is true of the majority of conduct cases the college handles.

“Our intention in sending this email was less about trying to make a conduct process public than it was wanting to make a clear statement at the outset of the year about the issue more broadly,” Levine added.

The racially offensive meme incident evoked memories from a February incident, when a student received a threatening note which targeted them based on their race. In the wake of that incident, junior Natalia Rose organized a campus protest in response to a perceived lack of transparency in how the administration handled the case.

However, Rose said the college is handling the racist meme incident better than the February one.

“I definitely think they did a much better job,” Rose said. “One of my points of contention that there wasn’t really a way for students to accurately report what had happened, and we had not known about the bias incident report forms at the time. So it was really good that, at the time after my protest, the administration made a big effort to point out where we can go, how these things can be processed properly.”

Rose said they and several other students filed a report against the student who shared the meme and that “the response was pretty overwhelming, really strong.”

Rose also pointed out how quickly the college responded to the meme.

“The response was almost immediate,” they said.

Student body vice president Cecilia Martinez said, “We as a campus cannot tolerate behavior like this. You as a bystander have the ability to step in and say something. It should not be up to the person getting attacked to protect themselves.”

Rose also said more education is needed on campus but also that they think the college is better equipped to handle racial incidents now than it was in the past.

“I’m hopeful for the future of Simpson,” they added.

The AirDrop incident occurred the same day that Simmons sent an email to the campus with the subject, “Diversity and Inclusion Update,” which detailed steps the college has taken to make campus a more inclusive place.

Those steps have included a recommendation from the Student Government Association that the college join the Higher Education Recruitment Consortium (HERC). Simmons said joining HERC, which is a nonprofit organization that connects professionals to careers at higher learning institutions which promote inclusion and equality,“has proven helpful in expanding the pool of candidates applying for positions of all types at the College.”

He said the SGA has also called on Fraternity and Sorority Life members to receive ongoing cultural competency training that addresses specific issues in Fraternity and Sorority Life. He said the athletics department has been developing similar programs related to diversity.
Simmons also mentioned the session on diversity, inclusion and community all incoming students participate in during their orientation to the college.

Faculty and staff members also “regularly participate in seminars and training programs about diversity and inclusion,” according to Simmons’ email.

Levine said one outcome of these trainings—for students, faculty and staff— has been to “empower people to step up and say something when they are aware of inappropriate behavior, and to both inform the college and also confront the individuals directly.”

“We actually are starting to roll out a unit of the MVP [Mentors in Violence Prevention] program that is focused on bias and microaggressions and help people see how they can use the same principles of bystander intervention to disrupt those behaviors,” she added.

In Simmons’ statement about the AirDropped meme, he referenced a section of the college’s Bias-Related Behavior Policy which says, “bias-related behavior broadly encompasses actions that may involve the use of images, language or behaviors that directly or indirectly demonstrate hostility or contempt toward a person or group on the basis of actual or perceived identity.”

Simmons said behaviors which possibly violate that policy, “stand in stark contrast to our mission. That mission includes our commitment to ‘nurturing values which foster personal worth and individuality within a creative, diverse and just community.’”