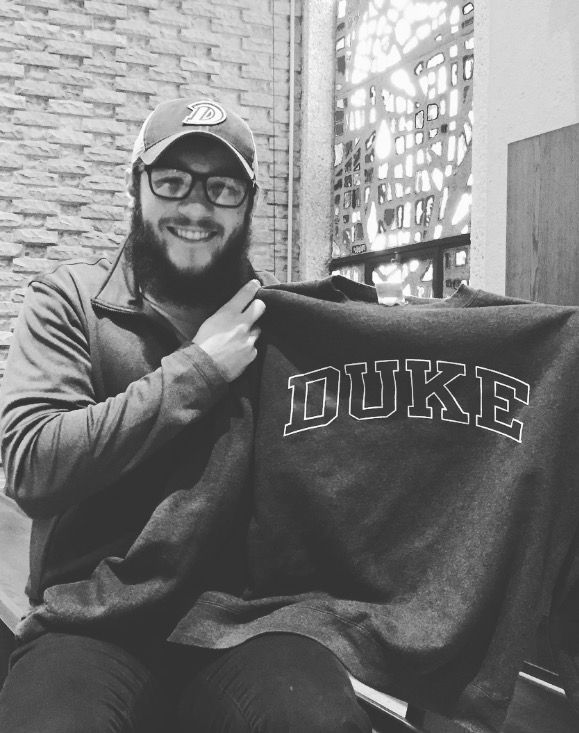 The adventures continue for senior Jacob McLain as he prepares for graduate school in North Carolina for fall 2016.

McLain is a member of the Sigma Alpha Epsilon fraternity. In his time at Simpson, he has been a Wesley Service Scholar, manager of Holy Grounds, leadership chair and chaplain of his fraternity and part of the debate team. Closer to the end of his four years at Simpson, he began devoting more time to his research.

“I was a lot more active my first two years,” McLain said. “As my interest in my major focused, I kind of started weeding them out. Now, I spend a lot of time on my research. I do a lot of my own research. I have been submitting papers to journals for publication and giving presentations.”

McLain knew coming to Simpson that he wanted to major in religion, but he did not foresee a future in studying the Islamic religion. His World Religions course with Maeve Callan sparked an interest during his freshman year.

“I came with the intention on being a religion major, but I thought I was going to do ministry,” McLain said. “I had never met a Muslim. I had no idea I would be interest in Islam, but that changed pretty quickly.”

During summer 2015, McLain spent his time overseas in Israel editing a book and doing research on ISIS.

“I brought back an appreciation of the complexities of the life and situations in the Middle East,” McLain said. “I also brought back a sense of confidence. When you spend three months in a foreign country, you have to learn how to get things done, and I learned how to do that in a lot of situations that I would have previously doubted myself in.”

Since his travels in Israel, McLain has continued traveling the world.

“That experience stoked a traveler’s spirit in me. The self-independence is invigorating,” McLain said.

Over the course of a semester, McLain has visited Jamaica and Niagara Falls.

Following graduation in April, McLain will work over the summer before heading to Duke University in the fall. There, he will pursue Islamic studies in a joint program with the University of North Carolina for the next two years.

Throughout his time at Simpson, McLain has appreciated getting to know his professors on an intimate and personal level.

“Get to know your professors,” McLain said. “It takes your education to the next level. You can take a step beyond the material that you are looking at in class. It is also good to have that support system.”

In five years, McLain said sees himself working for a research center, maybe in the Middle East, then shortly after pursuing a Ph.D.