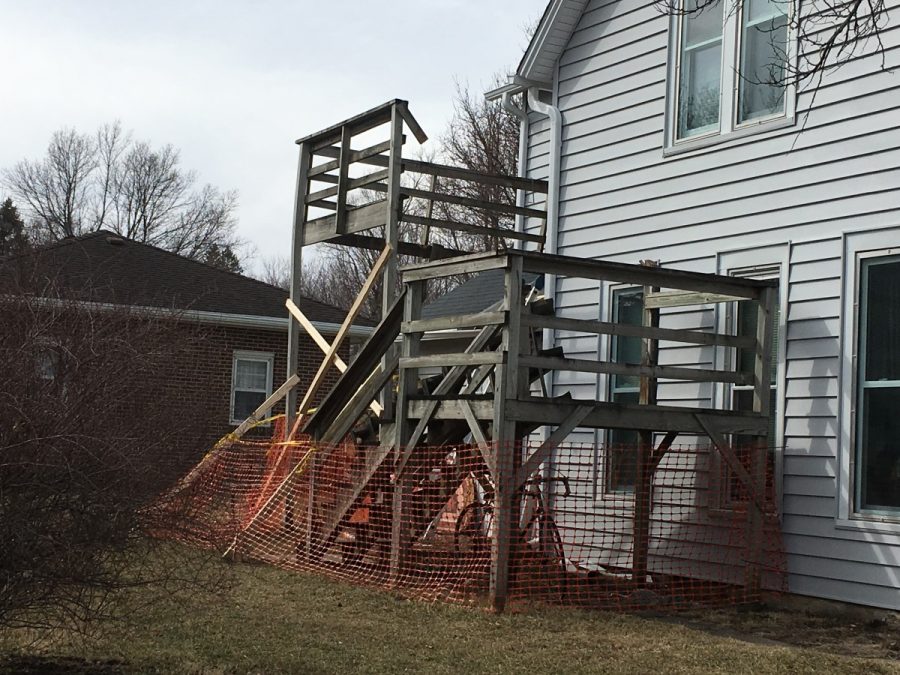 The house, commonly referred to as the LU House, is located directly south across the street from Buxton Stadium on Clinton Avenue. The deck led from the ground outside to an upstairs entrance of the house.

Dean of students, Luke Behaunek, sent a statement to The Simpsonian about the incident and also the college’s response:

“Shortly after the situation, we were able to have a Residence Life professional, Security officer, and Facilities director on scene to help provide support. We know there were a few students evaluated by EMS (Emergency Medical Services) on scene and a few others also sought medical care on their own, although no one was transported by ambulance.”

In response to a question about previously reported problems with the deck, Behaunek said:
“Our decks and balconies undergo routine inspections, and we had not had concerns about the structural integrity of this area.  This structure was evaluated last summer, along with others on campus. We’re working with the local fire chief this week to evaluate options moving forward to make sure we are providing appropriate egress options in the case of future emergencies.  Besides implementing that recommendation, no further structural work is needed.”
As of Tuesday morning, maintenance removed the wreckage of the collapsed deck.
The Simpsonian reached out to students present at the time of the collapse and who were reportedly injured, but none wanted to comment at the time. Residents of La Casa Unida also did not want to comment to The Simpsonian.
Delete Image
Align Left
Align Center
Align Right
Align Left
Align Center
Delete Heading