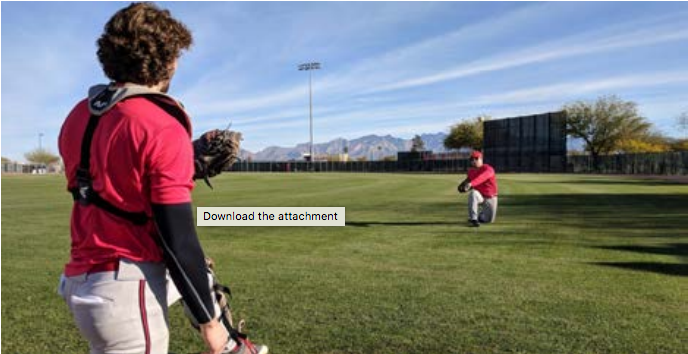 Getting picked to finish last in the conference is not something a player wants to hear. It would be easier to dwell and throw in the towel, but Simpson baseball is not looking for easy.

“From day one that’s been our motivation in practices,” said sophomore Tanner Jansen. “We just go in and give it all we have, because the only people expecting us to win is us.”

Going into their spring break trip to Arizona, head coach Nathan Roling learned a lot about his team. They came back with a 1-8 record, but continuously showed their fight.

“We learned we’re pretty close. We also learned that our guys are competitors and want to battle. We just need to focus on learning how to win and making winning plays when it matters,” Roling said.

This fight showed the most in the teams lone win over the week — a 14 run blowout against Marian.

“Prior to that, we were 0-5,” Jansen said. “Some of us experienced players got together and really put together a plan that we needed to rewrite the ship as soon as we could.”

The Storm’s confidence skyrocketed after plating four runs in the first inning until Marian scored five in the second.

“That’s when it really happened,” Jansen said. ”That guys came to the conclusion that we didn’t want to lose another one-run ballgame.”

Next thing they knew, the bats came alive and everybody was up and in the game. The “refuse to lose” mentality kicked in and it showed.

“Our offense just kept rolling and we strung together a lot of quality at bats,” Roling said. “We put a lot of pressure on Marian.”

Unfortunately Simpson was unable to keep this momentum throughout the tournament. They dropped the second game of the double header 5-2 later that afternoon and were unable to capture another win out west.

While every team aspires to win games, it may be true that they learn just as much about themselves from a loss as they do a win.

“We’re just needing to make winning plays,” Roling said. “There were a couple plays each game where if we had done things differently, we would have had vastly different results. We were truly four plays away from four more wins.”

The Storm look to change directions and finish piecing the puzzle together before they head to Dubuque to face Loras in IIAC play on March 23.

“We have the grit and the right mindset,” Jansen said. “When we get that to fully translate on the field consistently, we’re going to be tough to beat.”