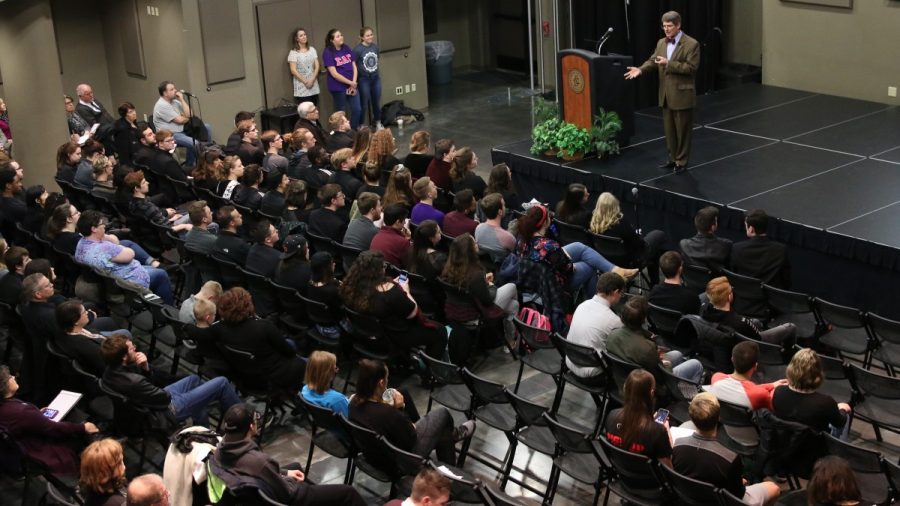 The president had announced that 12 academic personnel positions have been “identified for discontinuation.”

The announcement came after the Program Prioritization Steering Committee, which is made up of representatives from different areas of the college, completed the academic reviews. 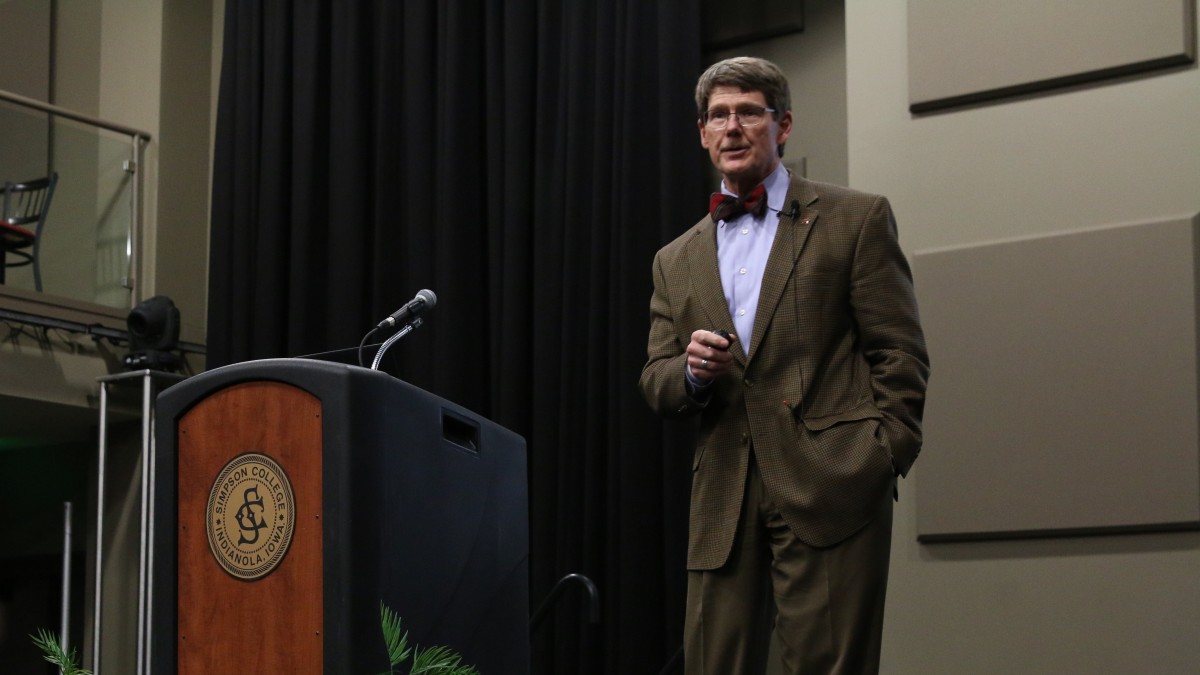 Simmons said no academic department or major has been proposed for elimination, but 12 positions from nine departments in Academic Affairs will be discontinued.

“The whole point of this process is to make sure our programs are sustainable and viable for the future,” Simmons said. “We can’t continue to offer programs and see revenues out of line with expenses at the level you see.”

Iowa is considered “the worst market for higher education in America today,” Simmons said, because of a declining number of high school graduates in the state, and in turn, lower college enrollment rates.

In addressing students’ concerns over losing faculty members, Simmons said, “You all deserve the best a program can offer you; our staff deserve regular pay increases.”

The president declined to say exactly whose positions will be cut, but students in the music department started a petition saying the program prioritization process has resulted in the termination of professors Bruce Brown and Kimberly Roberts.

Brown, who has been with Simpson since 2003, is “incredibly kind and caring and is thought of by his students as a confidant and ally,” the petition reads. Roberts is a Simpson College alumna who has had a profound impact on her students. 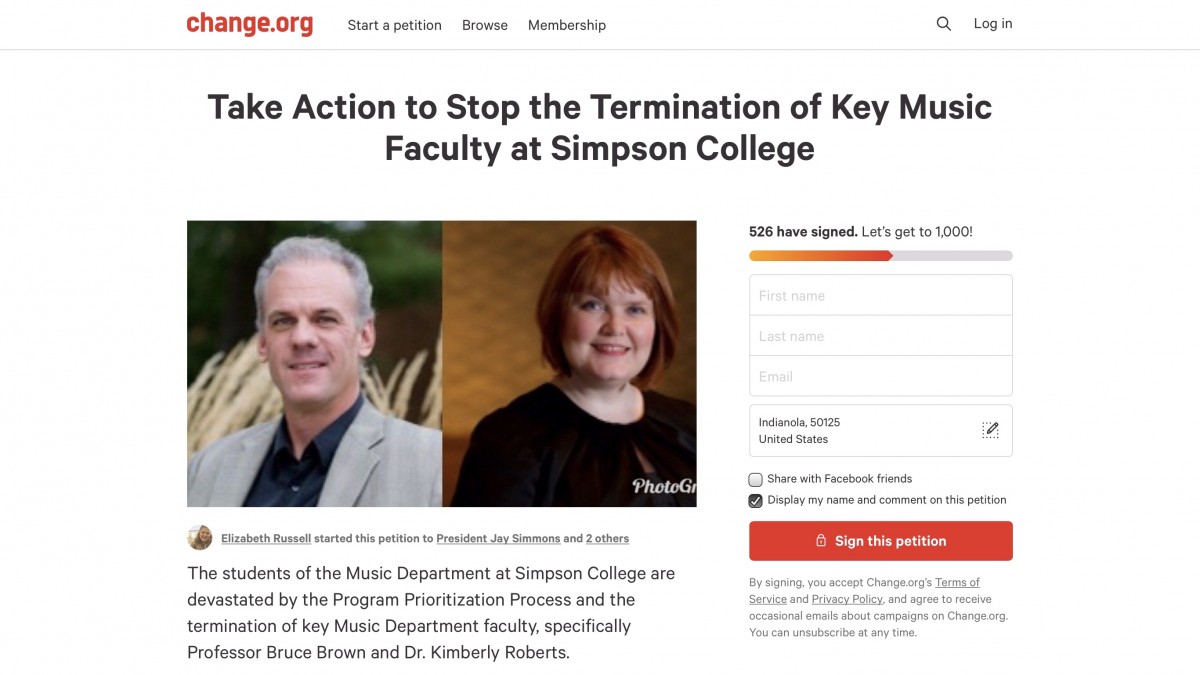 “Bruce Brown and Kim Roberts both have outstanding alumni outcomes, with their students competing and winning in the Metropolitan Opera Competition, performing on opera stages worldwide and teaching at schools and institutions across the nation,” the petition reads. “The impact of these two teachers not only spans the Music Department at Simpson, but the entire operatic and music world.”

As of Monday, more than 3,000 people have signed the petition.

“By distributing the reductions across a number of departments, we have endeavored to limit the impact on any one department while making changes that reflect student enrollment and demand,” Simmons.

Those directly affected by the reductions have been notified and are in discussion with administrators about details surrounding their situations, but Simmons said, “Given legal and procedural constraints surrounding these discussions, we cannot disclose more information about them at this time.”

The program prioritization review for nonacademic and administrative programs is underway. Reports are due to the steering committee by April 1.