Snowfall makes for a week of winter wonderland at Simpson 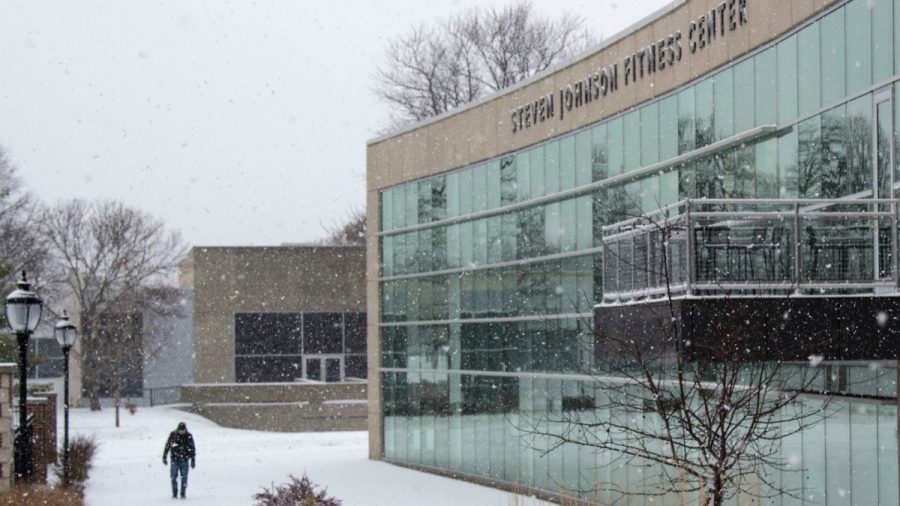 INDIANOLA, Iowa — It may seem like green grass and blue skies are on the way, but this has not been the case around campus the last few weeks.

February stormed its way onto campus when Indianola received approximately 10 inches of snow in a span of five days, said Chris Frerichs, director of security.

The weather made for dangerous and difficult travel conditions for professors and students who commute to campus from the Des Moines metro area.

“I commute from West Des Moines and have rarely had to add additional time to arrive on campus,” said commuter student, Amir Suljic. “However, the past few weeks, particularly the Monday when 6 inches fell, I had to add an additional 25 minutes to my drive back home from campus.”

Parking lot conditions on campus also worsened due to the speed at which the snow accumulated. Frerichs urged students to be more proactive during a major snow event by being more aware.

“If you see that an area is cleared off in a parking lot and yours hasn’t, move your vehicle to the area that’s been cleared so they can get in and clean off the area where you used to be,” Frerichs said.

Ethan Coble, a freshman from Cumby, Texas, said he had never seen such a great amount of snow. This is his first winter on campus—not to mention his first time attempting to drive in the conditions.

“I was definitely sending pictures of it to my friends back home. It is kind of crazy and surreal, especially trying to drive. I had to get a new car battery. I just have tried to avoid driving, honestly,” Coble said.

For those who have car trouble, Simpson Security has shovels and a jump starter pack available for check out at the information desk in the Kent Campus Center. Security also offers rides to students when they do not feel comfortable driving.

While the snow did cause issues for people on campus, students also took advantage of the conditions to create snowmen, snow angels and other designs around campus. Freshman M Leonard even made a giant labyrinth-like design in the areas in front of College Hall and Smith Chapel. Pictures of the design were featured on the Simpson College Facebook page.

“I feel like when you wake up and the campus is covered in fresh snow, it is like there is magic in the air. You can have lots of fun with your friends, especially those who are from places where snow is rare,” Leonard said.

Another piece of student snow art was a snowman look-alike of President Jay Simmons outside the front doors of College Hall. The snowman, placed directly in the middle of the sidewalk, startled Leonard as he was walking across campus.

“I almost walked into the snowman, since I was looking down to keep the snow out of my face. It really made me laugh because it was instantly identifiable as President Simmons,” Leonard said.

Since such a great amount of snow in such a short period of time is not common in the metro, Frerichs urged students to be safe and cognizant of the winter weather conditions.

“It is not as easy in the wintertime to get where you need to go like you can in the summer. You have to plan ahead,” Frerichs said.

In the event of any type of weather emergency on campus, the security office will likely email students with details regarding safety. For year-round travel conditions in the state of Iowa, dial 511 or refer to any local news outlet.