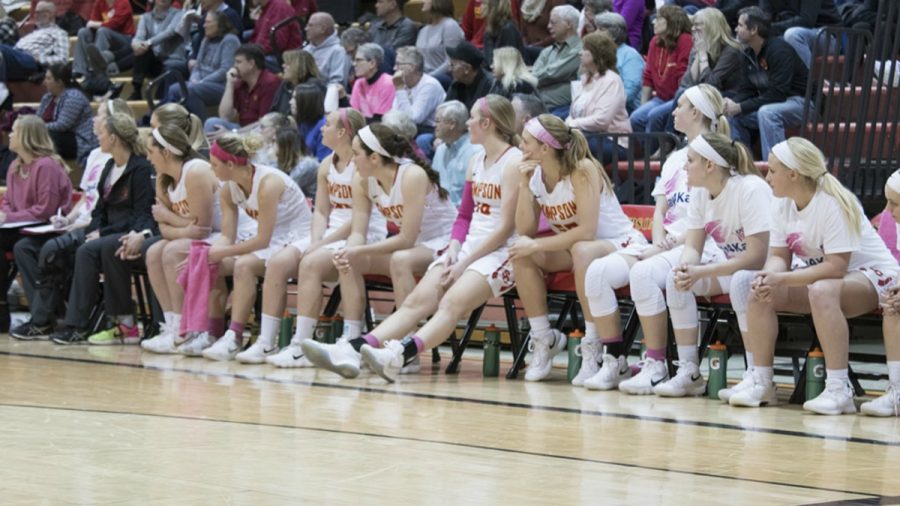 INDIANOLA, Iowa — With the Iowa Conference tournament around the corner, the Simpson women’s basketball team is preparing for a postseason run.

The Storm officially qualified for the conference tournament with a 22-point win over Central on Feb. 7, which also marked 34 wins in a row over the Dutch.

“We have done really well on defense,” senior Noreen Morrow said. “We have a really tough zone that has been able to shut teams down, but when that’s not as successful, it should be we are able to play man-to-man and get some great stops off that as well.”

The Storm sit at 13-10 overall and 7-7 in conference play. With one game still left on the schedule, the team has improved on its 9-16 overall and 6-10 conference mark a year ago.

Simpson qualified for the conference tournament two years ago, when the team lost by double digits in the first round to Buena Vista. This season, the goal is a longer stay in the postseason.

“I am excited for the postseason because last year, we fell short of making the tournament, which was tough,” junior Rachel Freland said. “The main reason I am excited is because of all the work we have put in this year.”

Morrow is leading the Storm this season. She’s averaging 14 points and seven rebounds per game. Last season, Morrow was voted second team All-Conference, and earlier this year, she joined the 1,000 career points club.

Although her career accolades have piled up, Morrow is focused on improving alongside her team.

“The big thing we are working on going into the tournament is being consistent,” Morrow said. “Consistently talking and consistently being loud, playing with all hands up and being engaged off the ball.”

Other players making an impact include freshman Victoria Hazard and sophomore Jenna Taylor, who are both averaging close to 10 points per game. Hazard also leads the team in assists.

Some overall statistics for the Storm include being the top team in the league in field goal and 3-point percentage. Simpson also has the second-most steals and assists, proving they have a well-rounded team.

Freland thinks the Storm can hang with the best teams in the conference, despite some tough early losses.

“This team is very special with a great opportunity ahead,” Freland said. “Individually we have the best players in the IIAC, on and off the court. If we go out there and give it our all, we are unstoppable.”

The Storm compete in its last regular season game on Saturday at home against Coe with tipoff at 2 p.m.