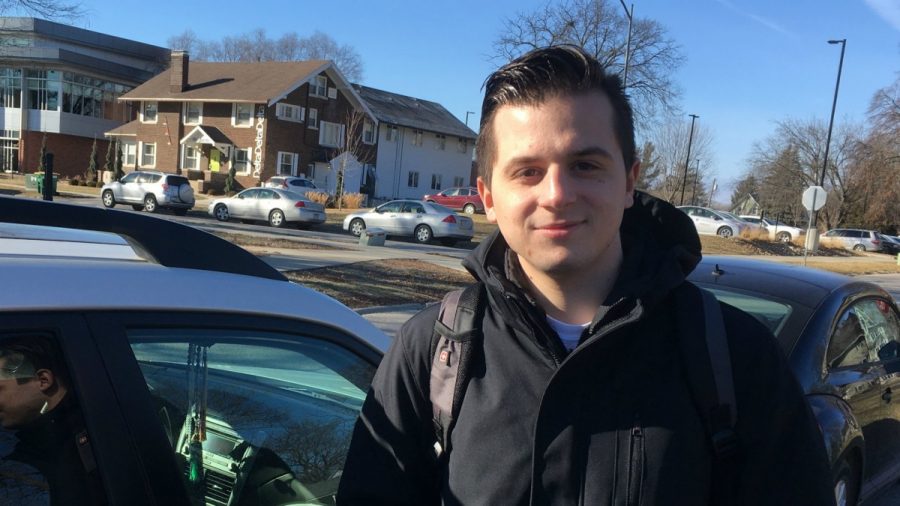 INDIANOLA, Iowa — When sophomore Amir Suljic wakes up for class in the mornings, he goes through his routine just like every other student: He takes a shower, brushes his teeth and gets his things ready.

Then, he sets off from his home in West Des Moines to arrive on campus for his first class.

“You get used to it because you have to plan out, obviously, the time it’ll take you to get to class,” Suljic said. “So, I have to plan out 35 minutes ahead every time before I leave for class.”

Like Suljic, approximately 11 percent of full-time Simpson students resided off campus in fall of 2017, said Luke Behaunek, dean of students. While some off-campus students commute from out of town, others just live here in town.

Senior Mandy Brown lives by herself in an apartment a couple of miles from campus, but she said her situation is unique.

“I am currently student teaching in Waukee, and so I sometimes crash with my parents (who live in West Des Moines) and then commute back to Indianola,” Brown told the Simpsonian in an email. She said this arrangement means she lives here in town all but two or three nights of the week.

Unlike Suljic, who has never lived on campus, Brown had lived on Simpson’s Indianola campus during her first three years. Some of the main differences she has noticed living off campus is that there is much less noise, which helps her sleep, and also that she has more space for herself.

“Sleep has a significant impact on my health. I get sick very easily without it,” Brown said. “Maybe it is unique to where I live, but I enjoy being able to go out on the weekends, and then go home to a place where late-night noise rarely happens, once I am worn out.”

Even though Suljic still lives at home, he said being a commuter still gives him a feeling of independence because he doesn’t have as many distractions that come with living on campus.

“Not to say that that’s a bad thing,” he said, “but for me, it helps when I try to focus on other things and don’t have distraction, versus on campus, you have a lot more going on.”

When he first decided to attend Simpson, Suljic said he had originally wanted to live on campus but cited financial concerns as being a main reason he eventually chose to commute.

Although he said he received scholarships, Suljic didn’t want to have to pay the extra room and board costs. According to the Simpson College website, the fee for living in a residence hall cost about $4,000 for the 2017-18 academic year, while the board fee was over $4,300.

“I wanted the experience, and I was really worried I wouldn’t get that college experience by commuting, but honestly, it hasn’t been too difficult being active on campus,” Suljic said.

He is involved with the Culver Center, which he said is one of the main ways he stays connected to campus apart from his classes.

He also stays busy with his internship with the Greater Des Moines Partnership and his weekend job at the West Des Moines Mercy Medical Center, where he checks people in at the front desk.

“Just be ready, it might be a shift from before,” he said. “You’ll definitely have to plan out ahead a lot more. But it’ll definitely benefit you. You’ll be a lot more engaged and focused on more things.”

For Brown, staying active on campus means showing up to various gatherings such as forum events, student organization meetings and sports games. She also tries to spend most nights in Indianola, especially on the weekends, to participate in social activities with friends.

She said the most important thing that keeps her connected is getting dinner at Pfeiffer dining hall with her friends and cross-country teammates.

“The best advice I have for someone living off campus is to attend group meals,” Brown said. “While it may not be feasible for everyone, I highly recommend keeping your meal plan. I did and it has made all the difference. There is no better way to connect with people than around a table, through a meal.”

Brown also advised students who are considering living off campus to take responsibility for their own inclusion and not wait for others to invite them to hang out or attend events, no matter how awkward or challenging it may feel.

“If you are a traditional student, others will make you feel like an outcast for deciding to live off campus,” she said. “Know that your decision isn’t a bad one just because they might not understand it.”