Redmond and Meints compete in the Dream Bowl 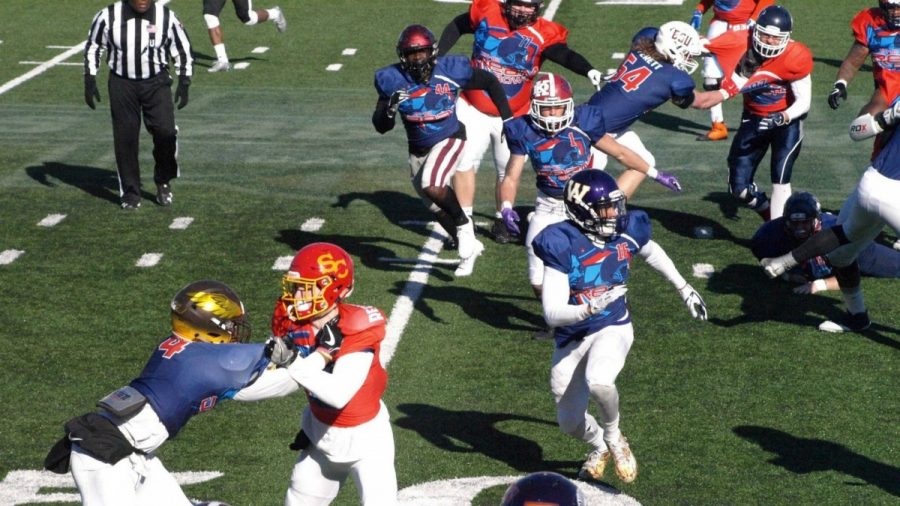 ROANOKE, Va. — Many young athletes dream of making it big and playing professionally in the sport they love.

For Storm football players Jackson Redmond and Braden Meints, that dream is one step closer.

After the final whistle had blown on the regular season, the Storm sat at 5-5, the best record since finishing 7-3 in 2013. After standout seasons from Redmond and Meints, they both received invitations to play another game in the red and gold.

The Dream Bowl is an all-star showcase for the best FCS, Division II and Division III football players across the country. Played in Roanoke, Virginia, over Jan. 11-15, the Dream Bowl celebrates excellence, commitment, and sacrifice made by the players and their families.

With NFL and CFL team scouts in attendance, players have a chance to showcase their abilities with hopes of making a lasting impression on the right pair of eyes.

Simpson senior Braden Meints said the experience was eye opening for him. 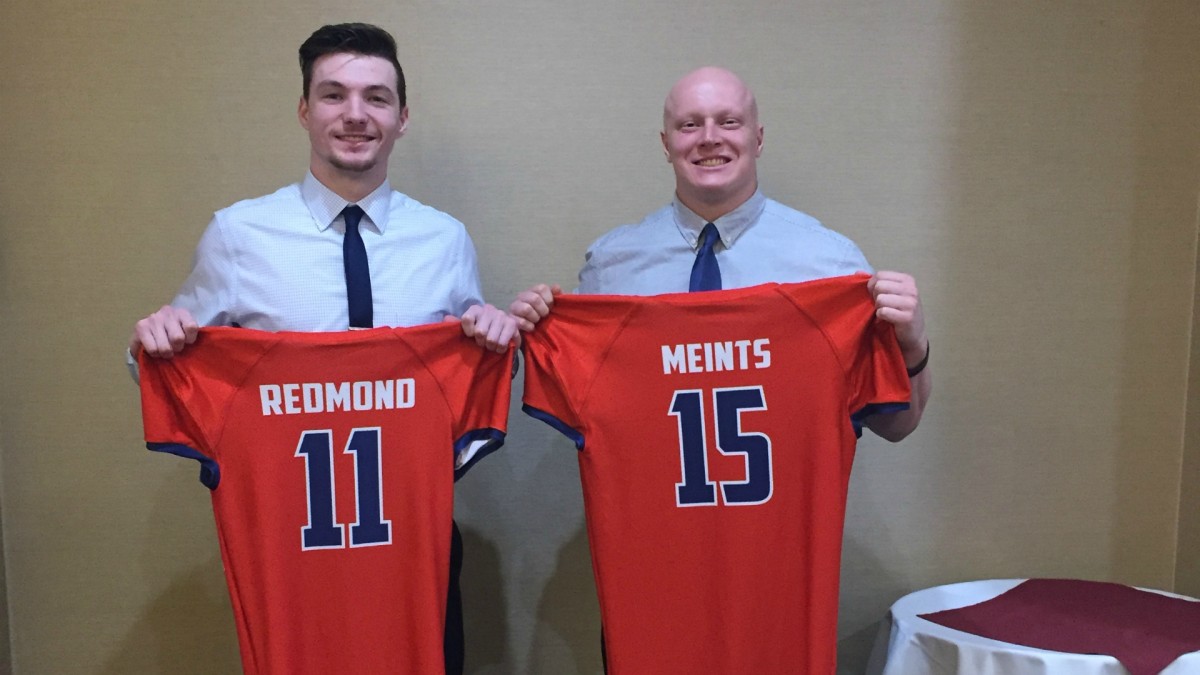 “Me coming from a small town, not really getting a lot of exposure out of a 2A school and thinking I’m not going to get another opportunity to play football after another four years is up,” Meints said. “It made me realize that I can still play football at the next level.”

The first day of the events consists of the combine for players to show off their skills and overall ability.

“To be in an atmosphere like that where guys have the same mindset as you do,” Meints said. “It was a really fun experience to be a part of.”

Meints said he’s trying to make his childhood dream of becoming an NFL player a reality.

“The ultimate goal is the NFL,” Meints said. “CFL is also an option, they have tryouts coming up in April for players to attend.”

Simpson senior Jackson Redmond said the Dream Bowl is an excellent experience for smaller school kids who might not get the same type of exposure as guys at the Division I level get.

“The Dream Bowl is an excellent opportunity to try and build your resume when looking to continue on a path of playing football professionally,” Redmond said.

Rosters are determined, in part, by recommendations from the scouts that are attending the game and combine for CFL and NFL teams.

“They pick and choose rosters carefully, so every player has the same opportunity to show the scouts what they have,” Redmond said.

Redmond said he enjoyed having his fellow Simpson teammate, Meints along for the ride.

“It’s beneficial to have somebody there that knows who you are and can calm you down if you get a little anxious,” Redmond said.

Redmond, who had an outstanding senior year, led the team with 74 receptions, 981 yards and 7 touchdowns.

Recruiters are constantly looking for players to come participate in the Dream Bowl and when Meints and Redmond were notified of the selection by head coach Matt Jeter, both were excited for the opportunity.

Coach Jeter said having two guys from Simpson playing in the Dream Bowl is helpful not only for the players, but also getting the Simpson football program on the map.

“It’s exciting for those guys, but it’s also exciting for our program as well,” Jeter said. “Especially when you have two guys that have the potential to go on and play at the next level.”

Coach Jeter said the opportunity to play at the next level has completely changed. With more options to continue their football careers, there are more opportunities that can impact a players career.

“You still need one team to really want you,” Jeter said. “The way to get to the next level is getting recognized by going to different combines and tryouts.”

Jeter said Meints and Redmond represent what Simpson football is about. They are committed to excellence, they are the first in the gym and last to leave. Simpson will miss not having them on the field next year.

“Those guys are the leaders,” Jeter said.”The heartbeat and fabric of Simpson football.”

Not having played a game since Nov. 4 and receiving a three week notice to play in the Dream Bowl, both guys got to work fast with strength and conditioning coach Pete Traynor.

“We had to cram a lot of speed work to get them as explosive as possible on the short, three-week notice,” Traynor said. “Getting back to the basics and helping them fine tune their techniques in preparation for the game.”

Traynor said it’s hard to get noticed at the next level coming from a Division III school, but he believes if any two Simpson players have the work ethic to overcome the odds, it’s Meints and Redmond.

“As a Division III guy, you can’t get noticed at the next level unless you have an unbelievable work ethic,” Traynor said. “And those two guys really do have a great work ethic. They come in without me even having to tell them to come in.”

The culture of the Simpson football is moving in the right direction thanks to leaders like Meints and Redmond. Bringing back life to a program that has struggled in recent seasons, but continues to strive for greatness on and off the field.

“The culture here has changed,” Traynor said. “We have leaders stepping up and leading by example thanks to guys like Braden and Jackson.”

Both Meints and Redmond plan on attending open tryouts coming in April. With limitless potential, both athletes will take their talents and prove themselves in the next chapter of their football careers.