Storm baseball back in action, ready for big improvements 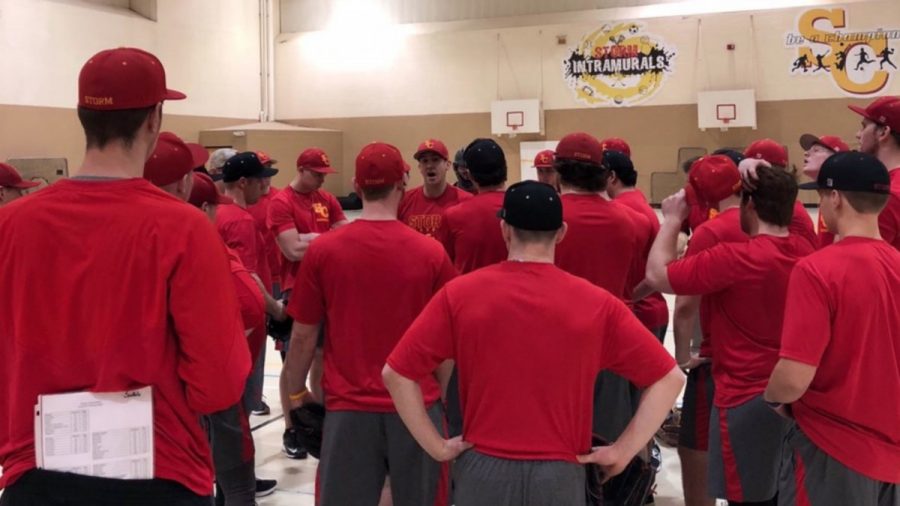 INDIANOLA, Iowa — The Simpson baseball team is hungry for a strong season as the first practice gets underway.

The Storm, led by second-year head coach Nathan Roling, are excited to see what this season will offer after losing 11 seniors last year.

Roling thinks fresh faces will be beneficial for the team who finished just 7-29, 4-20 (IIAC) last season.

“We’re excited to get started,” Roling said. “We have a really hungry group of guys. The new guys are eager to show what they got. The upperclassmen are really excited to show their improvement from last year.”

Replacing three infielders and two outfielders won’t be easy, but players and coaches are up for the challenge

“We have a lot of spots to fill,” said senior pitcher J Lowery. “Just from being around the team and the energy these guys have, I know there will be a lot of competition going on. It will be fun to be around.”

Lowery said everyone is buying into the system and it starts with an attitude change.

“Our attitude is a lot different this year,” Lowery said. “Guys are becoming more prepared and willing to work harder.”

Along with practice starting, the team is looking forward to their first real action during their trip to Tucson, Arizona for the annual Tucson Invitational over spring break in March. Playing 10 games over a short period of time will help the team prepare for the regular season.

Student manager Steve Carlson knows how important the trip is for the guys and getting them comfortable with different positions.

“By then we kind of have an idea of what type of positions guys will be playing,” Carlson said. “We can also move guys all over the place too, so positions aren’t always set in stone.”

Carlson said it’s a fun time for guys to get back on the field again. It’s a good opportunity for the team to get closer before they head back to Iowa to get ready for conference play.

Winning just two out of 13 at home and two out of nine on the road last season, the Storm hope to find their strengths early and keep momentum on their side. In their 36 games last season, Simpson scored 144 runs.

After leading the team last season in runs scored, hits, doubles, stolen bases and batting average, Hunter Hillygus returns for his final season of eligibility to help the Storm to a winning season.

Simpson will play their home opener on April 3 against Wartburg after finishing up their spring break trip and eight straight road games to open up the season.