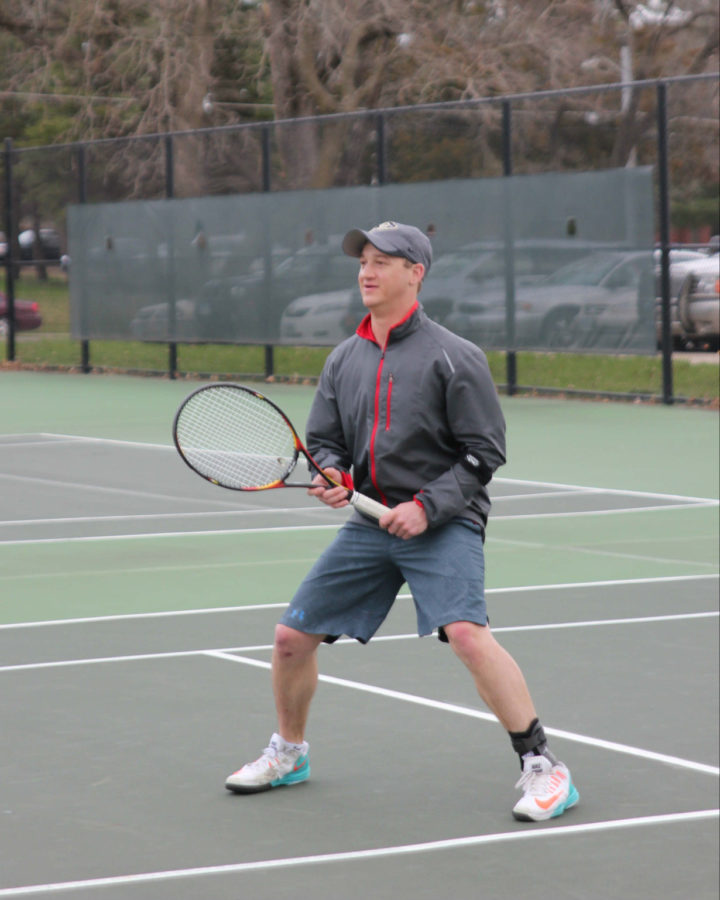 After missing the majority of last season due to an ankle injury, Zach Kusick is back and as good as ever.

Kusick is 9-5 in singles and 11-5 in doubles with fellow senior Peter Rietgraf this season.

Kusick’s success on the court is good for his personal season but is also good for the team.

“Well, having Zach back in the lineup like night and day compared to last year,” junior teammate Geoff Converse said. “We are much more competitive and successful at the top of the lineup, and that translates to success at positions 4-6. Our doubles teams are also more stable since Peter Rietgraf has his doubles partner back. Zach and Peter have played together since their freshman year.”

Kusick went through a lot to get back on the court. He had surgery first and then went through rehab with some of the top trainers in the country. They helped him regain his skills with balance, strength, endurance and running exercises.

The rehab didn’t interfere with his practice at all.

Once I was for the most part completely healed from the surgery, the surgeon told me, ‘I want you to beat the heck out of your ankle now. That’s the only way to gain confidence now.’ Word for word,” Kusick said.

Kusick said he missed playing and being back on the court, and he is relieved to be back. His teammates feel the same way. He is helping the team move forward and push for a berth in the IIAC tournament

Sophomore teammate Adam Wieser said, “Zach is helping the team more forward in many ways. He is winning matches at one doubles and one singles, which helps us win meets. He is constantly coaching us on at all the meets, which helps the rest of us win our matches. He is also a very active member in practice and helps us get better each and every day.”

Kusick thinks the team has the talent to make the tournament and is ready to do what it takes as a player and a leader. He is surprised at how well he has played after recovering from the injury. He even received IIAC player of the week honors in February.

The tennis team plays again on April 2 against Wartburg and Northwestern (Minn.).