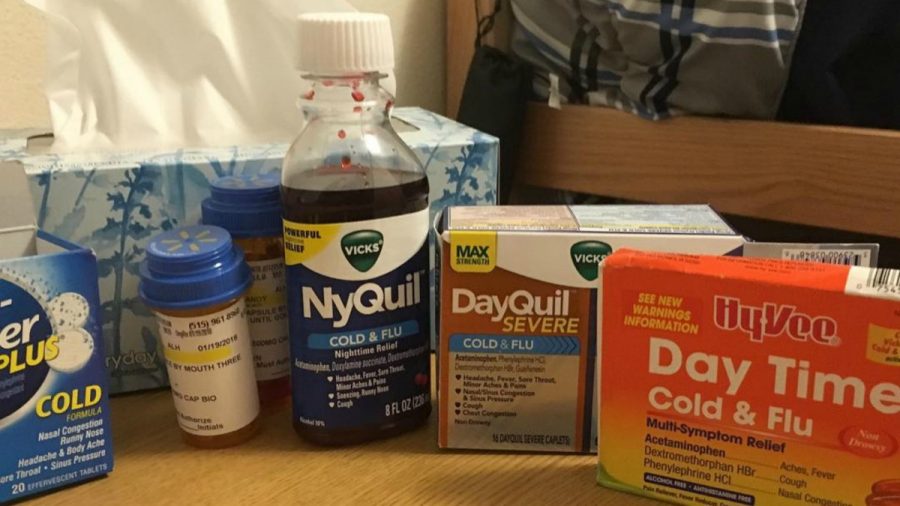 INDIANOLA, Iowa –– As an ever-present chorus of coughs, sniffles and wheezes indicates, flu season is here — and it won’t be going away anytime soon.

“Now that everybody’s back on campus and we’re sort of in the peak of cold and flu season, I anticipate things are going to pick up quite a bit for January and February,” said Katie Lee, the director of health services at Simpson.

According to Lee, common cold symptoms include:

Influenza symptoms include those of the common cold as well as: 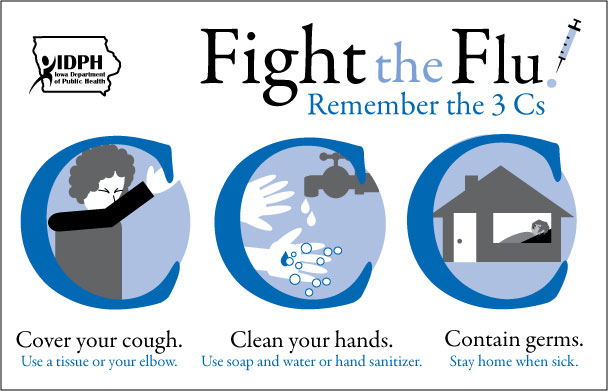 Lee said she doesn’t write prescriptions herself but does assess them, talk about patients’ symptoms and can provide free samples of over-the-counter medications depending on the severity of their symptoms.

However, when students come to her with more serious symptoms indicative of influenza, she refers them to local health care providers who can test them and write prescriptions.

“The secret to overcoming influenza is to get treated soon within 72 hours,” Lee said.

Lee also listed simple, yet effective measures students can take to avoid getting the flu and staying healthy:

1. Getting the flu vaccination
2. Handwashing
3. Coughing or sneezing into one’s elbow, not into hands
4. Wiping down common areas like door handles, appliance handles and light fixtures
5. Taking Vitamin C or multivitamins
6. Staying hydrated

Lee said she recommends that everyone who has not already received the flu vaccination should do so up through February. She explained that while most insurance companies cover flu vaccines free of charge, the maximum cost of the vaccine would only be about $25.

Lee said $25 is worth the cost compared to getting sick and missing work or class.

While she anticipates more cases of the flu in the coming weeks, Lee said neither she nor the health care providers in town know the exact number of influenza cases on campus or in the community.

According to a news release from the Iowa Department of Public Health, the department monitors different strains of influenza and tracks how widespread the disease is throughout the state.

In Iowa, the impact of the flu has already been felt. Twenty-nine Iowans have died from the disease so far, according to the IDPH. The average age of the deceased was over 80.

Since the elderly and the very young are most susceptible to the flu, Lee emphasized that those working with young children or volunteering at retirement communities should get vaccinated.

Lee’s office is at the end of the hall on the second floor of the Kent Campus Center. Her hours are from 8 a.m. to 3 p.m. Tuesday through Thursday.