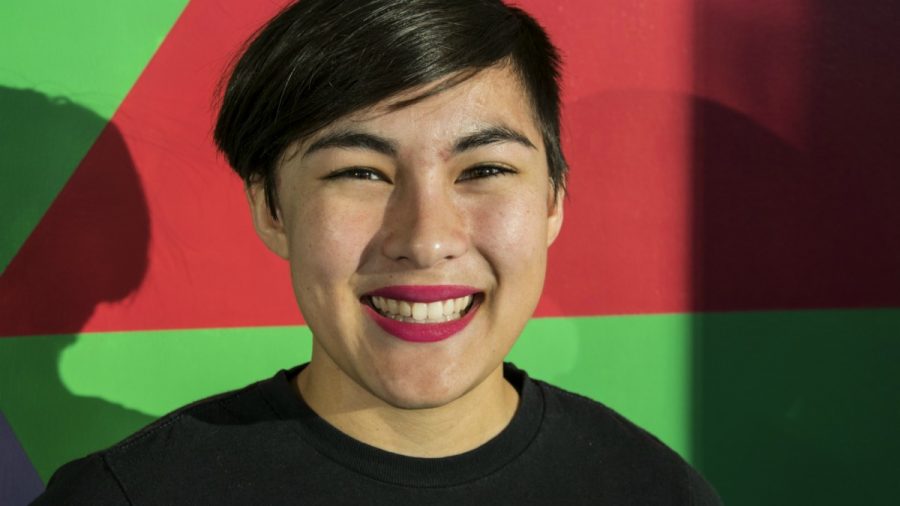 Q: What is your major?
A: Math and computer science.

Q: How did you get started pole vaulting?
A: I was actually recruited for track at Wartburg and I was talking to their coach and said, “I’ve always wanted to pole vault.” Because I was a former gymnast, the coach was totally on board. But then I decided to come to Simpson instead. So, I emailed Coach Cleveland and asked if I could join the track team and pole vault. He was like, “Ok!”

Q: Were you successful when you first started? Or did it take time to develop the skill?
A: Well, I broke the record my first year, and I re-broke it last year. There were two pole vaulters already on the team when I joined, and both had pole vaulted in high school. One of them really helped me along because she knew what to do. And our coach, Keith, was also a big help. It just kind of happened. I like it a lot.

Q: How do you feel about this being your last year pole vaulting?
A: It’s kind of sad, because I feel like I just got really good at it. Before, I was just OK. But now this year I want to be really good, but it’s my last year.

Q: When is the first meet when you’ll pole vault?
A: Next weekend, on the 9th, at Central.

Q: You’ve also been on the cheer squad for four years. Describe those four years.
A: I would consider it a rollercoaster of emotions. There are times where it can be super stressful, but also, it’s just so much fun.

Q: How have both sports impacted your experience at Simpson?
A: Fortunately, for me, they’re usually different seasons. Sports-wise, they both use the same body awareness techniques. Since I’m a flyer, I have to know what I’m doing with my body and it’s the same with pole vaulting. You’re going upside-down on a pole. You’re pretty much hoping you’re not going to die. So, I think cheer helps me start pole vaulting so I don’t really have a break between seasons. Also, I think it helps you figure out what you need to get done. I’m all about procrastination. But I know that I have 8:30-10:30 cheer practice on Mondays, so I have to get my stuff done before then.

Q: What’s your advice for incoming freshmen?
A: Have fun. It is important to make sure you’re doing your homework, all the time management stuff, but this is also your only time in college. Make the most of it. Spend time with your friends. Make sure that you’re not stuck in your room studying for four years. This is one of the only times you’re going to live with all of your friends in the same place and you’re going to be around people who are only your age.