Catch us on the flipside: Millennials are craving the vinyl experience 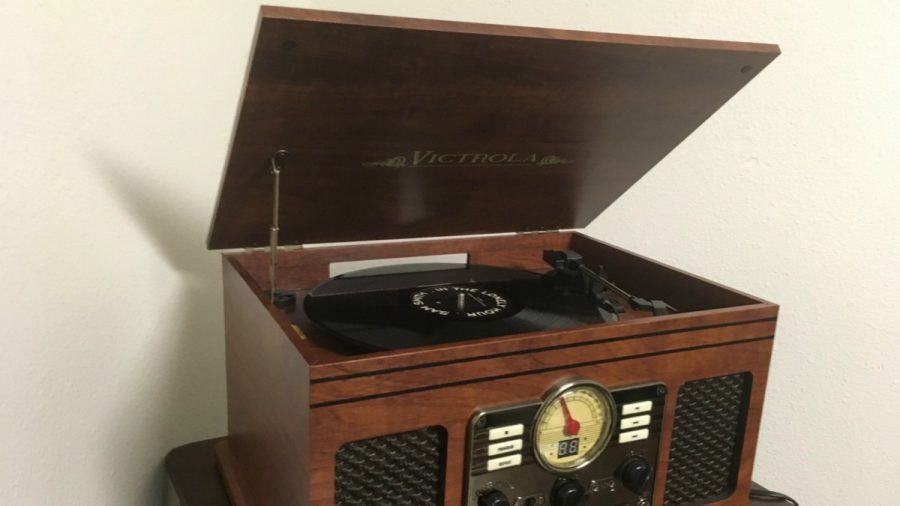 by Blake Carlson, Special to The Simpsonian

INDIANOLA, Iowa — A new generation of listeners are dropping the needle and spinning vinyl, and it’s not nostalgic baby boomers longing for the days of yesteryear. Forget Spotify. Instead, the millennial generation craves the irreplaceable feeling of laying an LP on a turntable.

The Pew Research Center defines the millennial generation as those born between the years 1981 and 1997, recently surpassing the baby boomers to be the largest living generation at 75.4 million, according to the U.S. Census Bureau.

Power in numbers is not the only trait unique about this age group. While having an instant digital treasure trove of albums at their fingertips is tempting, today’s 20- and 30-somethings are craving something else — an experience.

Olivia Baxter is a 21-year-old recent Simpson College graduate who prefers vinyl to any other medium.

“There’s something special about the sound of vinyl,” Baxter said. “It’s such a cool addition to any music, nothing I can quite put my finger on.”

Like many millennials, she is listening to every album she can get her hands on.

“I love just about anything. I grew up with classic rock, so I’ve inherited a lot of those albums from my dad, such as Fleetwood Mac and Molly Hatchet,” she said.

With the first CD being manufactured in 1982, turntables have not been a necessity for the entirety of a millennial’s lifespan. On Aug. 19, 1988, the Des Moines Register ran an obituary for the death of LPs. Nearly 30 years later, this generation is dusting off cardboard boxes full of their parent’s albums as they uncover the cheap thrill they have long been seeking.

While many millennials are starting their collections with their parents’ teenage stash, the market for new vinyl is also experiencing a revitalization. New online services such as VNYL cater to the millennial lifestyle by offering an online order service where customers can select one of three plans where albums based on their music taste are shipped right to their doorsteps and billed to their credit cards on a monthly basis.

The industry has made such a resurgence that Sony Music announced it will start pressing vinyl for artists on its label for the first time since 1989.

This return is more than online, however. Brick-and-mortar record stores are starting to pop up as collectors are emerging to sell their private collections and educate millennials, while companies such as Barnes and Noble and Urban Outfitters are dedicating new sections in their stores to vinyl artists old and new.

Annalise Minnick, a Simpson junior, has purchased vinyls from newer artists but prefers albums she picks up at Goodwill or wins at auctions because of the history attached to them.

“I usually listen to old jazz, a few popular ‘60s bands like The Beatles and some older musicals,” Minnick said. “My favorites are Fats Domino and Simon and Garfunkel.”

As a generation, millennials are also the most nostalgic.

According to Forbes, the generation is attracted to ideas that make them feel. To get a chance to experience a connection with a non-digital environment is a major sell. In a study by Harris, 78 percent of millennials said they would spend their money on an experience or event rather than buying a desirable object.

For Baxter, the experience of listening is about the story attached to an album.

“My dad has always had them around, and we would sit, go through all of his albums one by one with him explaining his experience with each band and how he first came about the record,” she said.

As for Minnick, she also cherishes the ability to transport back to an earlier time.

“It’s so amazing how fast technology has advanced, to reconnect with the past via vinyl is really unique,” she said.