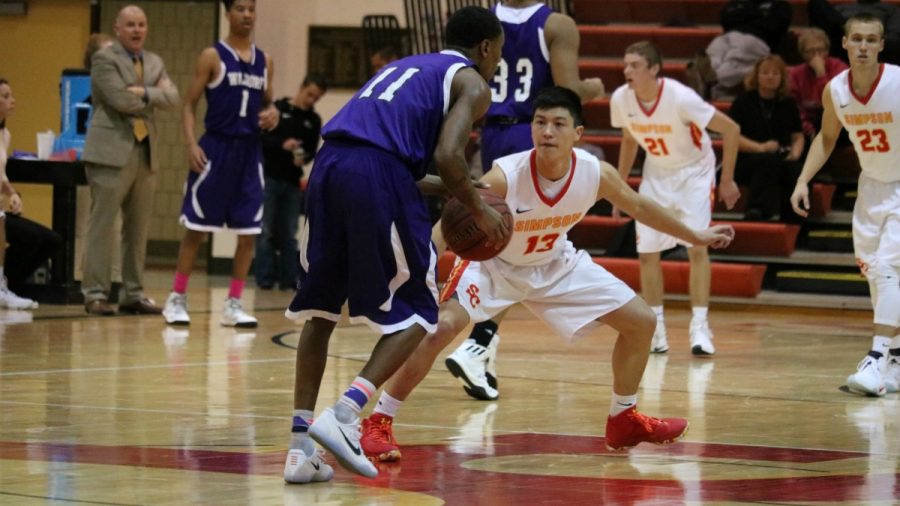 The Storm finished 9-7 in conference play and finished 16-11 overall. Simpson’s 16 wins last year were the most in a season since 2007.

This year, head coach Brad Bjorkgren expects nothing less from his team.

“I think we’re to the point where we are now trying to win conference championships,” Bjorkgren said. “I think we’ve established that we’re right there knocking on the door.”

Although Simpson had a solid season last year, the team doesn’t bring a lot of experience back for this season. Senior Sam Amsbaugh is the only senior on the team and the only starter that returns for the Storm. Amsbaugh was a first-team all-conference selection last year averaging 18.5 points and 6.8 rebounds.

“We’re looking at him to step up and keep improving,” Bjorkgren said. “We don’t want him to be the same as he was last year. We want him to make improvement and we want him to be a better leader for our team this year.”

Amsbaugh is excited for the season and said he’s worked hard in the offseason to make the improvements his coach wanted him to make.

“I’ve worked a lot on my face-up game and outside and mid-range game so I can do something to counter double teams,” Amsbaugh said. “My goals for this year are just to become the best all around player I can be and to be consistent while doing that. The most important thing is winning.”

Transfer students and younger players will help Amsbaugh out this year and will be fighting for playing time. The only two returning players who played a significant amount of minutes last year are junior Ben Rajewski and sophomore Conor Riordan. Bjorkgren expects the two to step up into bigger roles this season.

“I think they have the potential to be good players in the Iowa Conference,” Bjorkgren said. “Both of them are extremely quick, both of them guard and both can knock down shots. I’m pretty confident that those guys can help out.”

Bjorkgren has helped create a winning culture in his two years at Simpson. Heading into his third year as the head coach of the program, the team’s combined record is 31-21. Bjorkgren is excited for the season to start.

“I’m excited to see how our guys gel together,” Bjorkgren said. “With our newcomers and our guys who are returning. I think that we have a lot of unknowns, but I also think that maybe we have the potential to have a successful season.”

The Storm open up their season at home against Westminster on Nov. 15, and start conference play at home on Nov. 29.