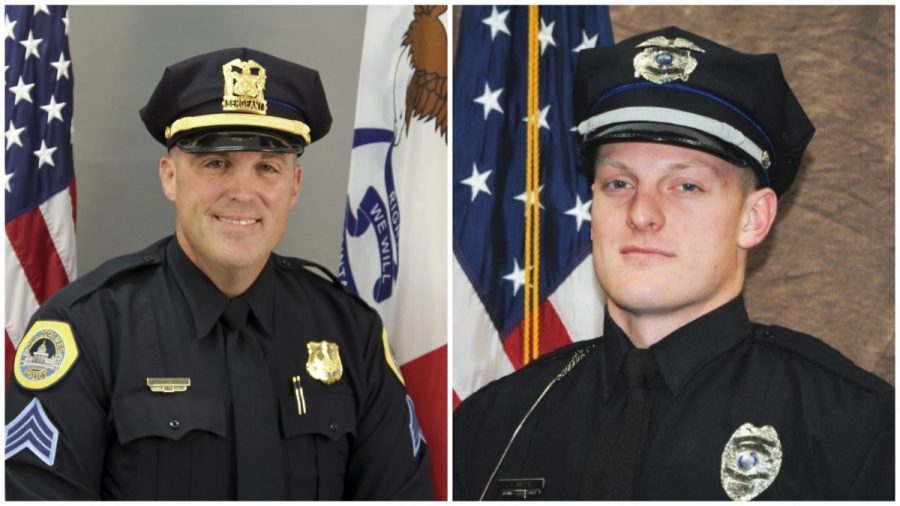 It was a senseless tragedy, with too much pain to bear even one year later.

We won’t recount what happened that awful day. We won’t bring any attention to the coward who shot two law enforcement officials as they sat in their patrol cars.

We will remember Des Moines police Sgt. Anthony Beminio, 38, and Urbandale police Officer Justin Martin, 24, both of whom were Simpson College graduates.

The nation mourned the lives of two honorable men who chose a profession that constantly serves others. It’s indicative of how selfless Beminio and Martin were.

And as America set its eyes on Simpson College, the campus remained #SimpsonStrong. Martin had just graduated in 2015. Beminio was a former member of the Indianola Police Department.

We went through the grieving process, but for law enforcement, it especially hurt losing two of their own.

Through the thick of it all — communities reaching out to the families of the slain officers, companies donating money in their honor and strangers uniting behind the blue — we saw a glimmer of hope.

We were made stronger as a community. Despite the inexplicable hate, despite the unanswered questions and despite the sheer pain of losing someone so close, we chose love.

Rest in peace, Sgt. Beminio and Officer Martin. We will never forget you.