Editorial: Division III is no joke, and that’s the truth 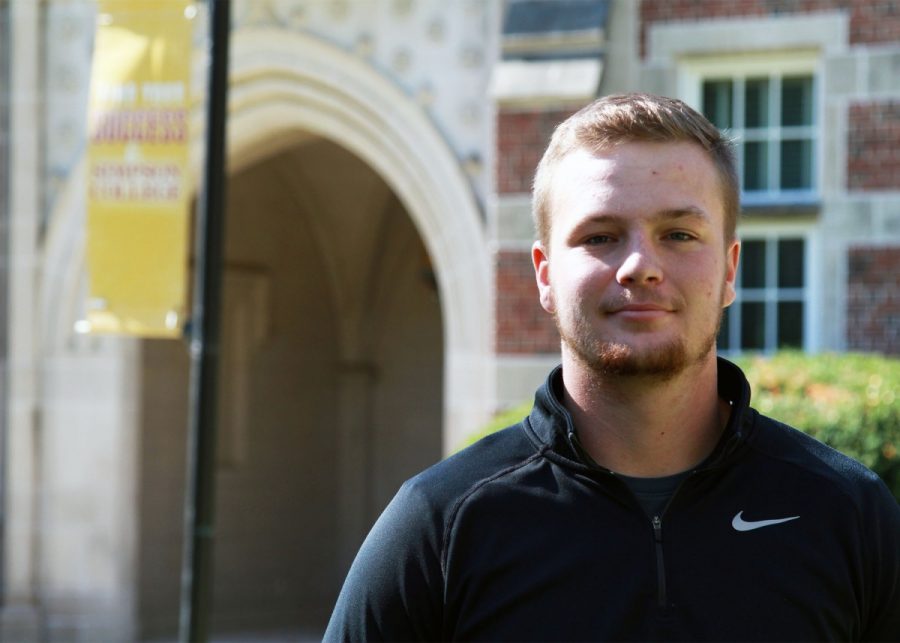 This past week, I had the privilege of traveling with the football team to Dubuque for a game against the University of Dubuque Spartans. Before we arrived, we took a pit stop in Iowa City to practice in one of the most well-known football fields in the nation: Kinnick Stadium.

As I sat in the famous pink locker room before practice, stepped out on the newly-installed turf and looked up into the stands that hold thousands of wild fans on Saturdays, I wondered what set us apart from the 18 to 22-year-old athletes who play football for the Hawkeyes.

To be honest, we’re not much different from them.

Before anyone points out the obvious, let me get to my point. Yes, they’re better athletes than us, and that’s why they’re playing Division I while we’re playing Division III. Yes, many of them are on scholarship, and all of them receive extra benefits like free gear and meals. And yes, they play in front of thousands of fans and millions of people who watch at home.

But when it comes down to work ethic, football knowledge and love of the game, we are one and the same.

I talked with my offensive line and also with head strength and conditioning coach, Pete Traynor, about this idea. Traynor played on the offensive line for the Hawkeyes, and he agreed with me.

“On a day to day basis, I think we work just as hard,” Traynor said.

The hard work required for college football can hit players hard when they first arrive. Whether you’re at the University of Nebraska or Nebraska Wesleyan University, you’re going to be overwhelmed sometimes.

Throughout the year, there’s no break from football. Whether it’s practice and meetings in season, or 5 a.m. weights out of season, players at all levels work hard.

We’re one and the same when it comes to the amount of sweat and effort we put in. In some cases, we actually have it harder than guys who play Division I.

For example, players at all levels have to either gain or lose weight in the offseason to help make them better players in season. At a DI program, players get free meals, protein shakes and energy drinks to make sure any sort of weight gain or loss can be attained for the good of the player. In DIII, you’re left on your own to get food and supplements to attain your goals.

And this can be said for all sports. I know how hard other athletes work here at Simpson, and I know they also face some of the challenges we do.

Don’t get me wrong, I love it here at Simpson. We have some of the best coaches, facilities and people in the conference and in the state of Iowa.

But why would we put physical pain on our bodies, gain or lose weight and spend so much of our time practicing without the benefits of having thousands of fans and getting scholarships?

“I feel like Division III guys are able to still play football because it’s fun,” Traynor said. “When I was playing (for the Hawkeyes), there were guys going through the program, and some of them were really good players that didn’t even enjoy the game of football anymore by the time they graduated because it wasn’t fun for them anymore.”

So yes, we work incredibly hard to play the game we love.

But to be honest, that doesn’t bug me. I love this game, and I love Simpson College.

Division III is no joke, and that’s the truth.