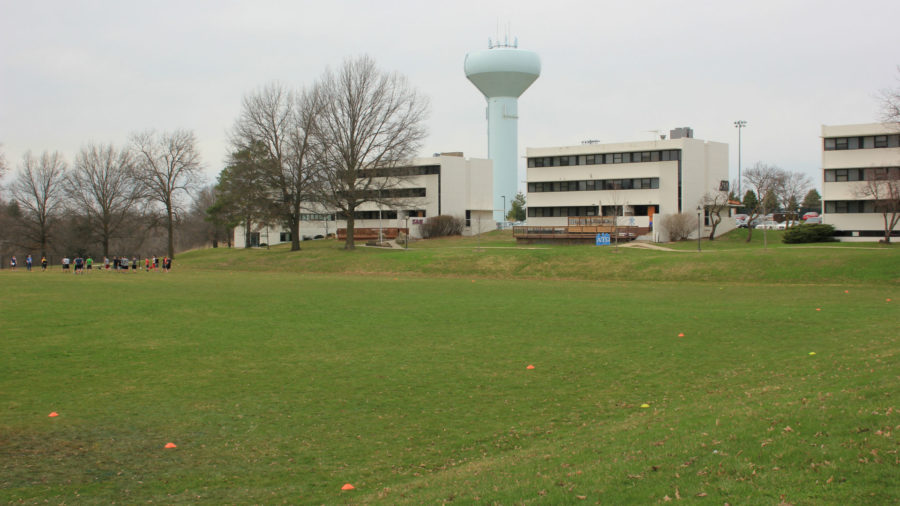 If you are able to move through the world without fear of sexual assault, take one step forward.

This is an example of many questions students will contemplate during the first-ever privilege walk.

Voices United and Student Development are presenting the walk that will take place from 10 a.m. to 11:30 a.m. on April 6.

The walk itself will take place on the Simpson College practice soccer fields, followed by a panel-guided Q&A in Hubbell Hall. The Q&A will discuss the walk and several issues of diversity and privilege.

So what exactly is a privilege walk?

The most popular version of the activity is to have all the participants stand in a straight line so they’re all shoulder-to-shoulder facing the same direction.

Then a person in charge of the walk begins asking questions with the intention to show the privileges between race, gender, sexual orientation, class and ethnicity.

The exercise usually comes with a trigger warning because it tends to become uncomfortable for many as the activity nears the end.

Privilege walks are designed to make people reflect and fully understand what privilege is and how it affects everyone.

The panel following the walk will allow for students to brief the exercise and have uncomfortable conversations to help people better understand privilege.

Briana Payton, writer for Time Magazine, defines privilege as “not an idea aimed at muting opinion or understating the worth of accomplishments. Privilege refers to the very real benefits that society affords certain groups over others, and it is manifested in many ways.”

Although we have made incredible strides in the past 10 years toward equality for every group, the fight is still far from over for many.

According to the Washington Post, “black children – 4-year-olds– compose 18 percent of preschool enrollment but are given nearly half of all out-of-school suspensions.”

Gender inequality is still rampant in the world as well. The pay gap has seen little change in the past decade.

If this rate remains consistent, the pay gap will not close for more than 100 years. And this statistic is for the most privileged women.

Women of color get paid worse than white women, who only make 79 cents to every dollar that men make.

Elderly people and mothers also suffer from more dramatic pay gaps, leaving every woman struggling harder to pay off their debts than men.

If taking part in a necessary conversation about privilege in America interests students, organizers hope they take one step toward the privilege walk and join the fight toward equality for all.