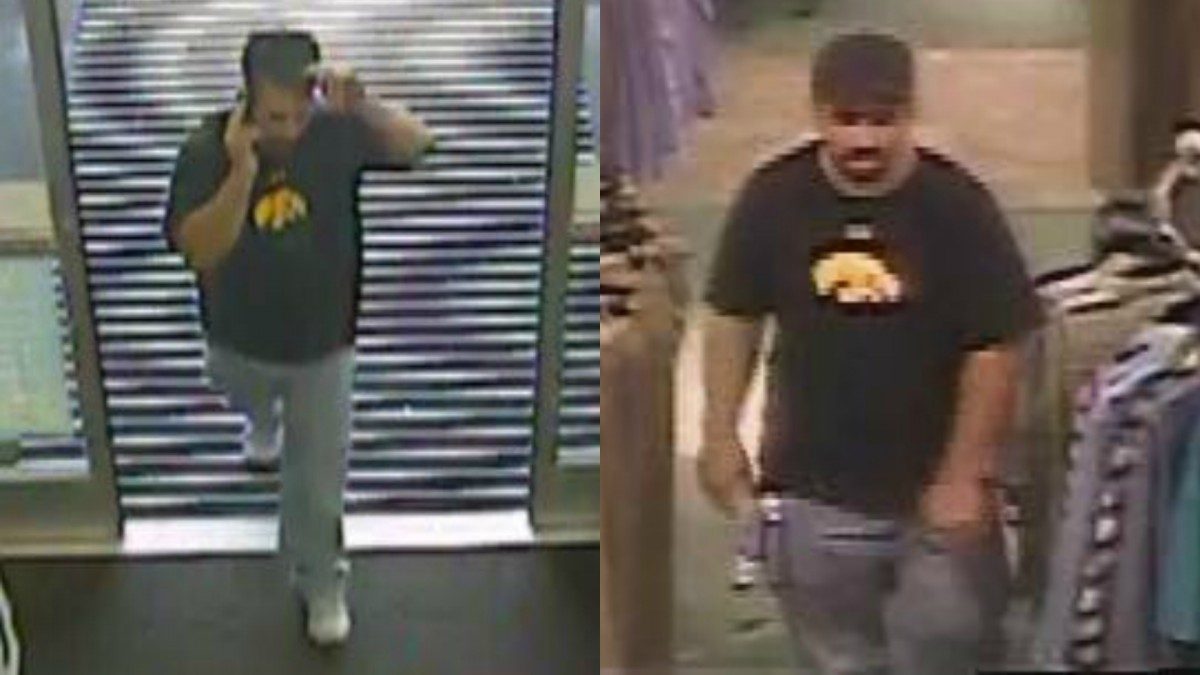 INDIANOLA, Iowa — Indianola police are using creativity and a little sass in their posts in an attempt to capture a man suspected of fraud.

The Indianola Police Department posted Thursday night a couple of photos of a man wearing an Iowa Hawkeyes T-shirt, who appeared to use someone else’s credit card to purchase items.

“I apparently didn’t get the ‘Iowa Nice’ memo,’” the post reads. “My fellow Hawkeyes would be very disappointed to learn that after finding a wallet, I didn’t turn it in. (Rather), I went on a little shopping spree with someone else’s credit card.”

It’s perhaps a bit sarcastic and condescending, but the post has been shared more than 250 times in less than two hours.

If anyone recognizes the man in the photos, they are asked to call Detective Luke Buhrow at 515-961-9400.

Check back with thesimpsonian.com for updates.