Here’s why some colleges won’t declare themselves sanctuaries 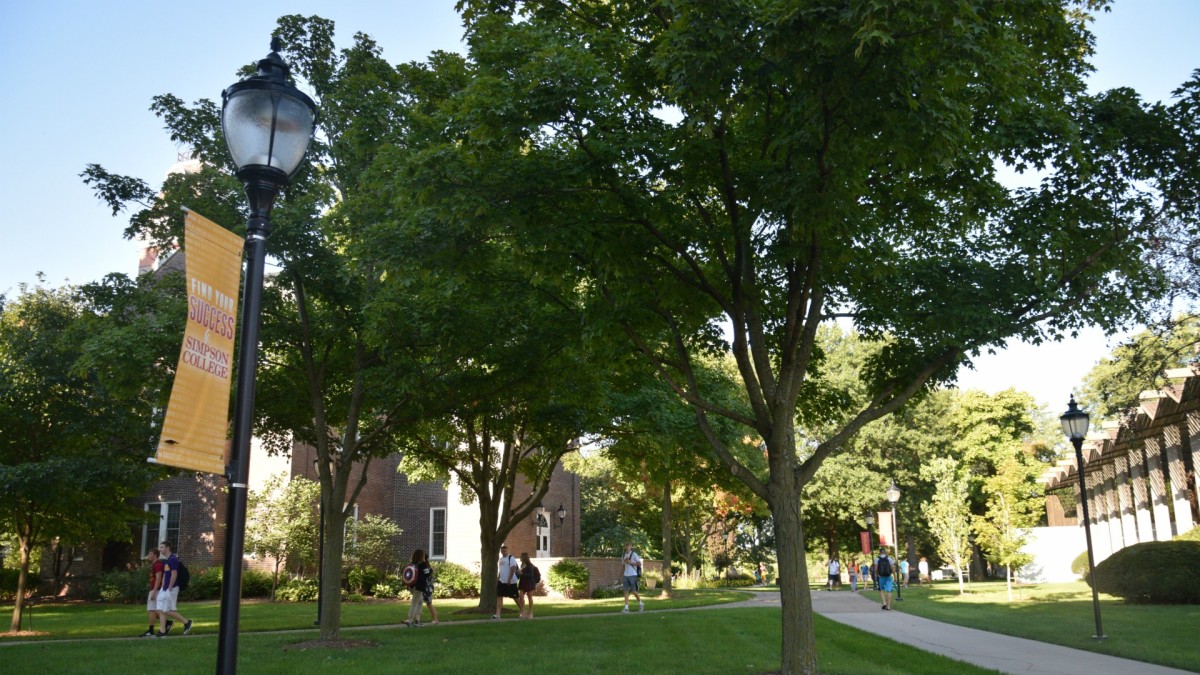 INDIANOLA, Iowa — High-ranking administrators at Simpson College said Friday they won’t declare the institution a so-called sanctuary campus, a term that loosely describes universities protecting its undocumented students, because it provides a “false sense of hope and security.”

The comment came after President Donald Trump, whose campaign was driven by anti-immigration rhetoric and lofty promises of a U.S.-Mexico border wall, announced his desire to rescind the Obama-era Deferred Action for Childhood Arrivals program, commonly referred to as DACA. It protects nearly 800,000 immigrants who entered the United States as children.

The Trump administration has threatened to strip institutions of higher education of federal funding for not complying with federal law enforcement authorities, a move that Simpson College President Jay Simmons said “would be extremely deleterious to students regardless of the documentation status.”

It’s similar to U.S. Attorney General Jeff Sessions and the Department of Justice pursuing efforts to reduce federal funding against cities like San Francisco that have declared themselves sanctuaries.

But “there’s no such thing” as a sanctuary campus, said Heidi Levine, vice president of student development and planning at the Indianola college. “It may feel good to say that, but legally, it means absolutely nothing.”

The National Association of Student Personnel Administrators called on college administrators after last week’s announcement to refrain from declaring their campuses as sanctuaries “in the vein of solidarity and to instill comfort during an ambiguous legislative climate,” because such declarations cannot prevent federal or state ramifications.

Drake University in Des Moines declared itself a sanctuary after Trump was elected, though critics argue the statement was made for political reasons and that it offers no legal advantages either for the college or the students.

Levine said it provides a “sense of false hope and security” to those who are registered with DACA because the federal government does not recognize college campuses as sanctuaries. “I think we are much better served by educating our community about steps we’re taking to safeguard people’s privacy,” she said.

Without a duly-issued subpoena, court order or warrant, college personnel will not track students’ documentation status; they will not release institutional records or information about students; and U.S. Immigration and Customs Enforcement authorities cannot enter a private living space, such as a residence hall or classroom.

But officers can be in public areas, such as athletic arenas and open-campus spaces, “subject to the same criteria that we place on others, including that they not engage in harassing or disruptive behavior.”

It is unclear how many DACA registrants are on Simpson College’s campus because officials don’t keep record, but numbers from the Iowa Attorney General’s Office indicate that there are approximately 5,578 recipients — 2,798 initial applications and 2,780 renewals approved by United States Citizenship and Immigration Services — in the state of Iowa.

Iowa is among 15 states and the District of Columbia filing a lawsuit to block Trump’s plan to end protections for the young undocumented immigrants. Iowa has a “strong interest in retaining the DACA program,” Attorney General Tom Miller wrote, because its rescission would harm Iowa’s state institutions and economy.

Trump gave congressional lawmakers a six-month deadline to solve the problem, though it is unclear whether that time frame is enough or what Trump will do come March 2018, when DACA recipients start losing their protections.

“Part of the anxiety is that we don’t know if that’s what the Trump administration is going to do,” Levine said. “I haven’t seen a revocation of the legal status quite like this.”

An incident that involved illegal activity is the only reason a federal agent would show up on campus looking for a specific individual, she said.

Simmons said he urges members of Iowa’s congressional delegation, most of whom are Republican, to move swiftly in passing the DREAM Act, which would confer legal status on DACA students.

Iowa GOP leaders, though, expressed support for the president’s decision to end the program, saying its enactment in the first place was unconstitutional and that Congress needs to address the issue.

“Any legislative solution is going to have to be a compromise that addresses the status of those who have been unlawfully brought to this country and upholds the rule of law,” Sen. Charles Grassley, R-Iowa, said in a statement.

Sen. Joni Ernst, R-Iowa, added that even though the young, undocumented children were brought into the country by their parents through “no fault of their own,” Americans should show compassion, saying “America has been and always will be a nation of immigrants, but we are also a nation of laws.”