Simpson baseball has positive outlook for the season 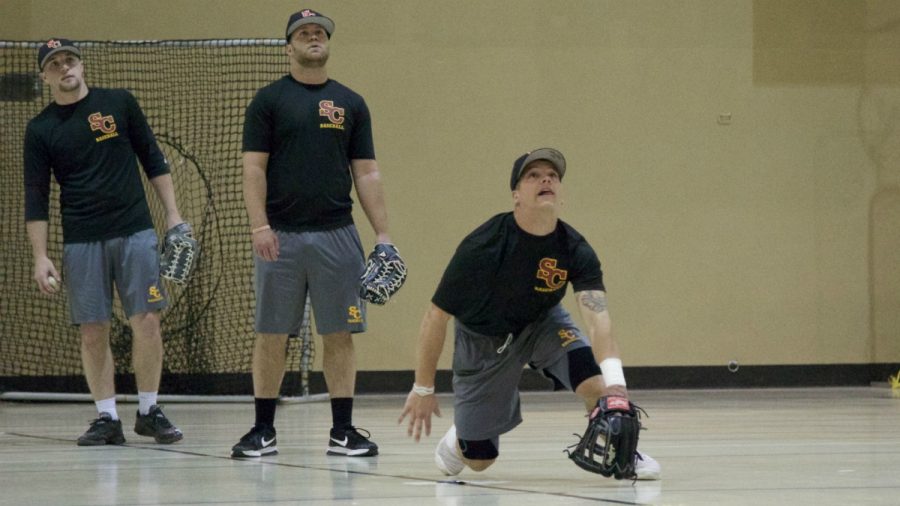 TUSCON, Ariz. — Simpson baseball will be the underdog to start the season, but coach Nathan Roling thinks the team has a lot of potential.

In the Iowa Conference preseason baseball rankings, Simpson was picked last. A lot factors into the ranking, but a large graduating class last season and a new head coach didn’t help their cause.

The Storm recently returned from Tucson, Arizona, where they competed in the Tucson Invitational. Simpson went 3-7, coincidentally the same record they had last season in Tucson. Despite this, three of those losses were one-run games in which Simpson led until the last few innings.

“I think we did alright. Obviously, in the wins and losses column, we wish it was a little bit better,” Roling said. “I think we got better, we played better later on in the week. A lot of guys that were inexperienced coming in got their feet wet and played pretty well.”

Roling said they played tough teams and the top pitchers of those teams for the most part. He thinks that helped get the team ready for their regular season opponents.

He said his goals for the team are more qualitative than quantitative. He wants to win games and have players with great stats, but those things are harder to control.

Roling’s goals for his players to work hard, bring a lot of energy day in and day out and to be the best players they can be. He thinks if they do all of those qualitative things, the quantitative things will follow.

“We are ranked last in the conference, so we want to prove people wrong,” Richman said. “We made the conference tournament last year, and I think we’ve got a stronger pitching staff this year than we did last year. So our goal is to make it to conference and compete in conference.”

One big challenge to the goal of making conference is the inexperience on the team.

Roling said even though they just played 10 games in Arizona, getting players a lot of game experience won’t happen overnight. There will still be situations they come across that some players have never been in.

Though a younger age may have its downsides, it has upsides too.

Roling also highlighted the balance and little things the team does well. They have quick base runners and a few guys that can hit for power. They also have a good mix of right and left-handed pitchers. He thinks the diversity of their team allows them to attack the other team from a lot of different angles.

The top returning hitters for the Storm are seniors Jon Greiner and Hunter Hillygus, who hit .284 and .290 last season, respectively.

The top pitchers returning to the mound this season are seniors Tyler Englehardt and Trey Kehoe, to go along with junior Curt Castenson.

Simpson plays on March 22 in their home opener versus Wisconsin-Platteville.