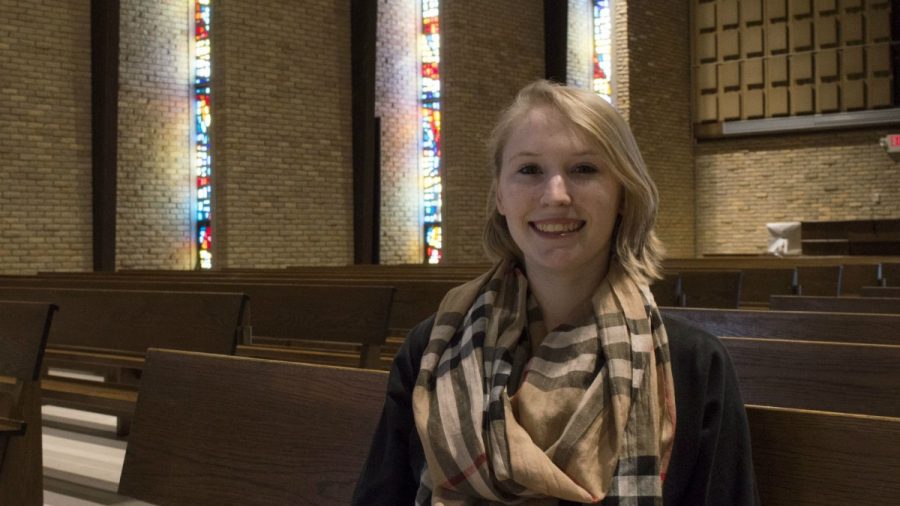 Diagnosed with rheumatoid arthritis at age 11, sophomore Katie Dean’s childhood was different than most.

In 2008, Dean was playing basketball when she tripped and fell. Her left ankle quickly swelled up, making it extremely painful for her to walk on. She assumed it was a sprained ankle until her right hand started swelling up days later.

“If you take a latex glove and blow it up, that’s about the size [my right hand] was,” Dean said. “It was red and we decided that that is not good, so we went to the doctor.”

Treating her swelling and redness as an infection, doctors soon realized they were wrong. Dean had developed more than just a swollen ankle and hand.

“I began to get a rash around my waist, which they had never seen before,” Dean said. “So as a fifth-grader, that’s kind of scary.”

Dean was regularly in and out of the University of Iowa Children’s Hospital, and because her hand was extremely large, she had three or four different surgeries to extract pus.

Months later, doctors treated Dean with arthritis medicine, and it worked. They officially diagnosed her with RA and identified her rash as Sweet’s syndrome, a rare skin disease that’s triggered by infections, illnesses or certain medications.

RA, an inflammatory disease in which the immune system attacks healthy joints and causes symptoms including pain, swelling, stiffness and loss of physical function, affected Dean’s ability to participate in sports.

“I was in a lot of sports,” she said. “I was in basketball, volleyball and I did track. I continued to do those up until junior high because I had the mindset that I could do anything. But after, like, practices or games, I was always limping around, and I couldn’t run. I realized that I couldn’t do all of the things that I really wanted to do.”

Although Dean’s experience was a physical setback, she didn’t let her diagnosis negatively influence her academic efforts.

“I’m really school-focused, and so I knew that I could still do school no matter if I was in or out of the classroom. So it wasn’t really a mental setback, but I did see myself as different for a really long time.”

Dean’s experience was challenging, but there was one thing that helped her through it all: writing.

“While I was sick I actually thought, you know, that God was punishing me for some reason,” Dean said. “I actually started writing about my condition and my faith, and I knew that I was obviously strong enough to get through it.”

Through these novels, she hopes to help people with their tough experiences through forms of faith.

Dean also used prayer to guide her through her situation.

Along with writing and prayer, Dean’s support system was, and still is, tremendous. Her parents were always by her side along with many of her friends who still ask how she’s doing.

“My friends were also very supportive,” Dean said. “They understand what I go through, and every time I see them they always ask, ‘How are you doing? Is there anything that we need to do for you?’”

Dean’s arthritis is managed through her medication and a shot she takes every other week, but she occasionally has episodes of pain.

“Every time I do have what I call flare, people are always aware and always try to help,” she said.

One group that’s made a huge impact on Dean’s life is Religious Life Community. After participating in a trip to Florida through RLC, she realized that God was calling her to be a minister.

“I’m really active in my home church, and so I’ve always had that part of me,” she said. “I’ve spoken in church a couple times, and I really enjoy speaking in front of people about God.”

Majoring in religion with a double minor in theater and music, Dean’s plans are to go to seminary after she graduates. She hopes to use her experience to inspire others and teach them that faith can overcome any obstacle in life.