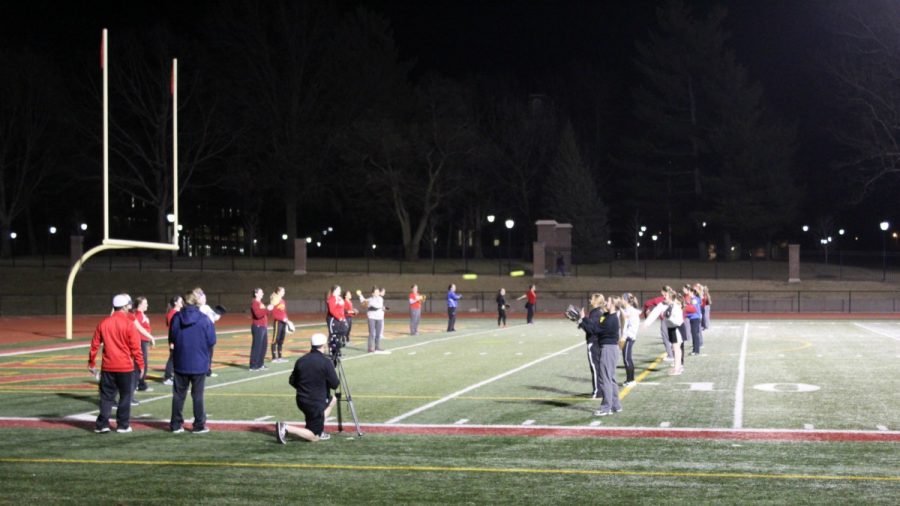 Those are the traits that came up most often to describe the makeup of this seasons Simpson softball team.

And the Storm will need those traits early and often. They will need to replace over 30 home runs and 100 RBIs, as well as 29 wins and over 250 innings in the circle, from last year’s 31-11 team that finished second in the Iowa Conference.

First-year coach Brent Matthias is optimistic that this team, who was picked fourth in the IIAC preseason coaches’ poll, can fill the shoes left by last year’s class.

“I think we’ve got a good base,” Matthias said. “The players that we have, both returning and newcomers, we’re excited about.”

Leading that nucleus of returners on offense is junior outfielder Bri Chaplin. Chaplin was selected to the all-IIAC second team as a sophomore last season, hitting .376, slugging seven home runs and driving in 18 runs. Junior infielder Taylor Davis also returns for the Storm. Davis put together a solid 2016 campaign as a sophomore, hitting for a .312 average, one home run and 16 runs batted in.

“I think the returners this year are definitely going to step up and many of the new kids are going to play big roles this year, too. For me, experience means nothing if you know how to play the game,” Chaplin said.

In the circle, junior Maggie Long looks to take on the ace role for the Storm. She was limited to just four appearances, and one start last season due to a hand injury but was effective in her limited time. She boasted a 2-2 record with a 2.58 earned run average in 2016 to go along with 23 strikeouts in 19 innings.

“We have talented returners and newcomers. Everyone has done a great job at stepping up and putting in the extra work, and I don’t think inexperience will make a difference when it comes to playing the game well,” Long said.

The relative inexperience of the Storm, and the chance to play at almost every position has created an ultra-competitive atmosphere around the program, with every player, including 16 freshmen and seven transfers, gunning for a starting spot.

“(The players) are very competitive, they hate to lose in anything, be it tic-tac-toe or a relay race in practice and that’s what we need,” Matthias said. “I call them fighters, people who don’t care about anything except the Simpson softball family.”

The players themselves can sense the competitiveness as well and are thriving in it.

“Coach Matthias is always throwing new drills with pressure situations at us, and it’s giving us a chance to step up in friendly competitions. I think the competition makes us work harder a lot of the time without us even realizing it,” Long said.

This season will see the Storm trot out different lineups to counter different situations, a more versatile approach to the game than in years past.

Luther, Central and Buena Vista are picked ahead of the Storm in the coaches’ preseason poll. Coe is tied with Simpson for fourth.

However, Matthias said he doesn’t put any stock into the poll.

“That’s a nice honor. Thank you coaches, but it’s not where you start, it’s where you finish.

That sentiment is echoed by the players. They have a chip on their shoulder, a little something to prove,” he said.

“We were not just the players who graduated last year, we are capable of being a great team in a different way,” senior Brittany Frey said. “I think that we are out to prove that we can play softball just as well as anyone else.”