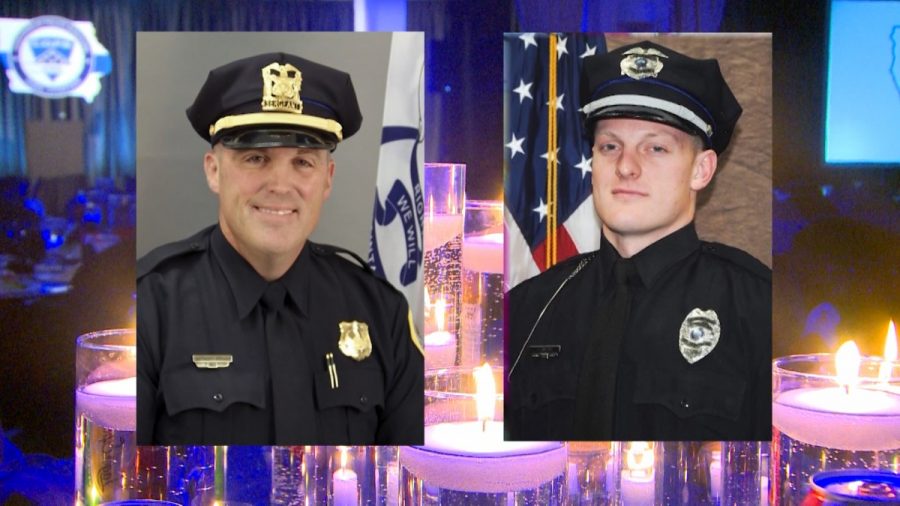 Nearly 1,000 law enforcement officials and their families, as well as members of the public, commemorated the lives of fallen officers Saturday night at the downtown Des Moines Marriott during the third annual Iowa COPS Black and Blue Ball.

A designated table was reserved for the families of five Iowa officers killed in the line of duty in 2016: Susan Farrell and Carlos Puente-Morales, who were killed in a head-on collision with a drunk driver; Shawn Miller, who was killed in an August motorcycle crash; and Simpson College alumni Tony Beminio and Justin Martin, who were gunned down in ambush-style attacks while sitting in their patrol cars.

According to the National Law Enforcement Officers Memorial Fund, there were 135 law enforcement officer fatalities in the United States last year, 64 of which were firearms-related and 21 in ambush-style attacks.

Martin’s parents, Randy and Jayne, said they’re grateful for the love and support they’ve received, telling KCCI: “The state of Iowa has wrapped their arms around us and helped us so much that we don’t know where we would be without that.”

The money raised from Saturday night’s event will help the officers’ families attend National Police Week and visit the memorial in Washington, D.C.