Wheatley earns Performer of the Week honor after big weekend 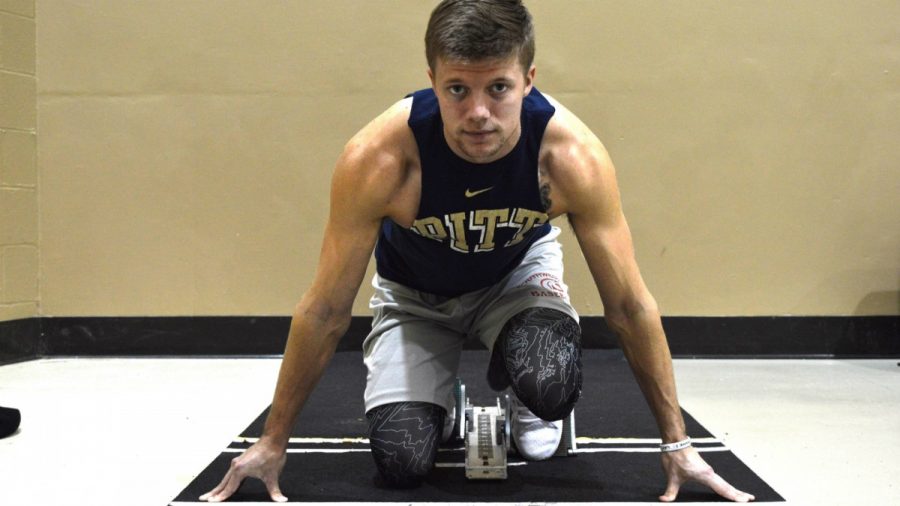 by Erich Bogner and Alex Kirkpatrick

INDIANOLA, Iowa — It’s only February, but sophomore Emmitt Wheatley is adding to his list of impressive feats in 2017, one of which includes Iowa Conference Track co-Performer of the Week honors this week.

The Adair native racked up noteworthy accolades at the Wartburg Select this weekend, posting the seventh best time in Division III in the 200-meter dash in which he placed second with a time of 22.33 seconds – the top time in the Iowa Conference – and churned out a second-place finish in the 60-meter dash with 7.02 seconds.

This is the second time that Wheatley, who has the Iowa Conference’s best times in the 60- and 200-meter dashes, has earned the honor. He first was recognized on April 26, 2016.

Wheatley also had a big night at Nebraska Wesleyan on Jan. 20. He set a personal record, came in first in the 200-meter dash, set a top-10 Division III time and broke a Simpson record.

Wheatley is already a Simpson track and field record holder. He was a member of the 4×100 and 4×200 record-breaking teams last season, but this one meant a little more to him.

He said it was nice to get the record out of the way early so he can stop thinking about it. The school record is a small step toward his goal of getting to nationals. Wheatley said even though his time is a personal record, it is nowhere close to where he wants it to be.

While Wheatley is moving on from his performance, he did celebrate the small victory. His roommate and teammate, Travis Tupper, was standing at the finish line when Wheatley won the race.

“As soon as Emmitt crossed the finish line, he looked up at the clock to see what time he got. I’m assuming Emmitt knew what he had just done because as soon as he looked up, Emmitt shouted, ‘Yes!’ as he ran through the tape and gave me a high five,” Tupper said.

This year, Wheatley didn’t play basketball so he could focus on track and do all of the preseason work. Wheatley said the week he got to Simpson, he started training with the track team. During the preseason, they ran and lifted four or five days a week.

Tupper said besides working out with the team, Wheatley eats well and spends a lot of his time focused on track.

Tupper said he has seen Wheatley bring bags of ice into their apartment to make the bathtub into an ice bath.

“The last time I had a full practice with the team was Dec. 17. I went home over Christmas break, and I’m not sure what happened, whether I have a pulled muscle or a partially torn muscle in my lower abdomen,” Wheatley said. “On Monday and Tuesday before the Nebraska meet, I completed the first half of practice, no practice Wednesday or Thursday, and then I ran in the meet on Friday.”

He said the injury added emotion to the win for him. He hadn’t been able to practice since December and still broke a school record. Wheatley did half practices again this week and then ran at the University of Northern Iowa’s Jack Jennett Invitational, where he finished third in the 60-meter dash. He was beaten by a runner from UNI and by unattached runner Keonte White.