These Simpson professors might author the books you read 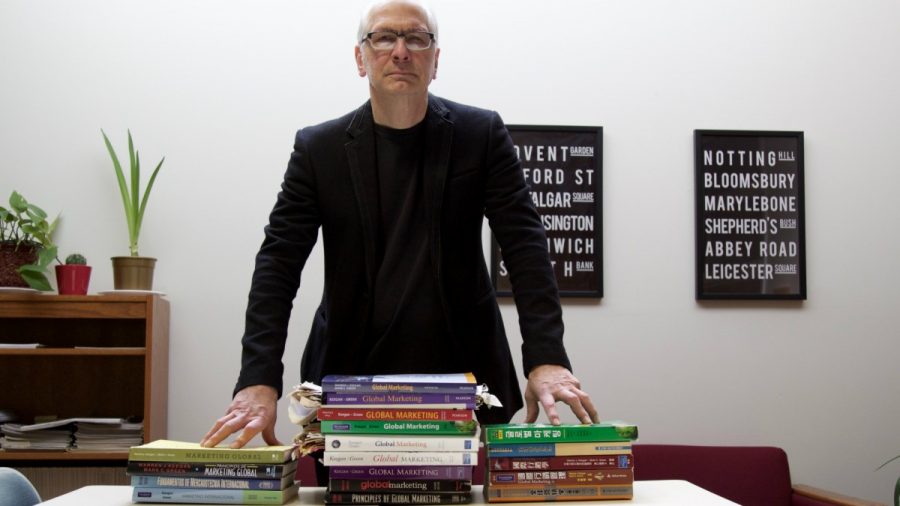 Professor Mark Green contributed to numerous global marketing textbooks throughout his 20 years with Pearson Publishing Company. He receives feedback from professors and students all across the country, one of his greatest accomplishments.

Friedricks is a California native and became interested in Iowa’s history after moving here.

“As I became involved in writing Iowa history, I realized that not enough was being done to promote and preserve Iowa history,” he said.

Marketers figure out what people want and need, Green said.

“Before beginning my writing, I wasn’t happy with the textbooks available on this subject and felt there was a need for it,” Green said.

Green broke the textbook writing process down into three main steps. The first phase is research, which involves collecting information, getting ideas and reading newspapers articles, he said.

Once the information is collected, the second step, the writing process, is about forming ideas and transferring the ideas, Green said.

“Some days the writing just doesn’t happen, some days nothing happens,” he said.

Friedricks also begins by researching before writing, to help develop a framework for the book. He suggests using a general framework to know the direction the content is headed.

Wolf began submitting poetry and publishing his works once he had amassed a certain quantity and high quality of poetry.

“I just kept writing. I do believe in waiting,” he said.

“When submitting work to a particular journal, one needs a sense of who the readers are, of the aesthetic context,” he said.

For Green, some of his greatest accomplishments are receiving feedback from professors and students at other universities complimenting the usefulness of his textbook. He’s also been with Pearson Publishing Company for over 20 years, Green said.

Wolf has been published in numerous literary journals, some of which include New York Quarterly, Poet & Critic and River Styx Magazine. He has also been nominated twice for the Pushcart Prize and been in major book competitions including the National Poetry Series.

Friedricks has received the Best Book in Southern California, Iowa History Prize and the Iowa Author Award for the books he has written. He helped found the Iowa History Center at Simpson and established the Iowa and Midwest Experience book series.

Friedricks has been interviewed by various media outlets, including Iowa Public Radio, The Des Moines Register and C-SPAN.

“But the greatest pleasure I get,” he said, “is actually doing the research and writing.”