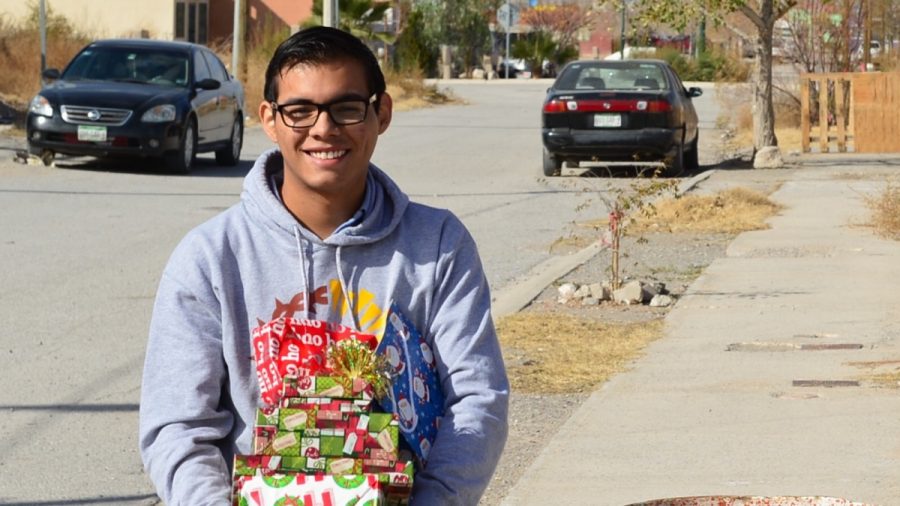 ​INDIANOLA, Iowa — Winter break is relaxing for some students, but for others it was an opportunity to make a difference in the lives of many.

Eleven students involved with the International Student Organization, in collaboration with the El Paso, Texas, high school Lydia Patterson Institute, brought clothing and toys to families in Ciudad Juarez, Mexico, in the spirit of Christmas.

Valeria Gonzalez, president of ISO, spearheaded the trip to Juarez after one of her classes went on a trip through the Trail of Tears.

Gonzalez said that this trip was a quick turnaround, but that she was hopeful and sure it would happen.

She thought going to Mexico would be more financially friendly for the students interested in going on the trip.

Gonzalez contacted LPI, where she and a few other Simpson students finished their high school education and from which they are now receiving scholarships to see how ISO could help with their annual clothing and toy drive.

Fernando Rivera, who is in charge of the event, invited ISO to come down and join them in handing out the toys and clothes to a church in Juarez.

“They gather about 500 children and they all went home with gifts. All of the parents also got some of the clothes that we had received,” Gonzalez said. “(The families) were so happy, and I was really happy that the students were able to experience that.”

During the trip, ISO students stayed with host families, the families of Gonzalez and four other Simpson students from Juarez. Gonzalez said the other students in the group were a little shocked by Mexican culture.

“They were telling me at the end of the trip, ‘Thank you so much for your hospitality,’ but that is just Mexican culture. Our house is your house. We’ll offer you everything and do the best we can so that you have a great stay,” Gonzalez said. “They were shocked. They didn’t know how to be that close to someone they had just met. It was a real culture shock for them.”

​On top of volunteering at the church and experiencing Mexican culture in homes, ISO took trips to museums and got chances to experience local cuisine.

Freshman Maggie Flowers explained some of her favorite parts of the trip.

“We got to feed a giraffe and pet it, and we went to the sand dunes and rode four-wheelers, which was an entirely new experience,” Flowers said. “It was also just really nice to see how appreciative everyone was about receiving the toys and clothes.”

In the future, Gonzalez sees ISO taking another trip down to Mexico.

Any student interested can join ISO, international or not. Gonzalez said that most of the people in the group they get through Org Fest, but they are welcome to join at the beginning of semesters.

“Students should just totally go for it because I feel like I have learned a lot by being around them, and I’ve learned so much about their cultures. It’s really interesting and a great way to get to know people. It expands your diversity and knowledge of other cultures,” Flowers said.

​ISO is an organization that hosts internationally and culturally focused activities on campus in hopes of informing students about different cultures and about the countries that many of our international students are from.