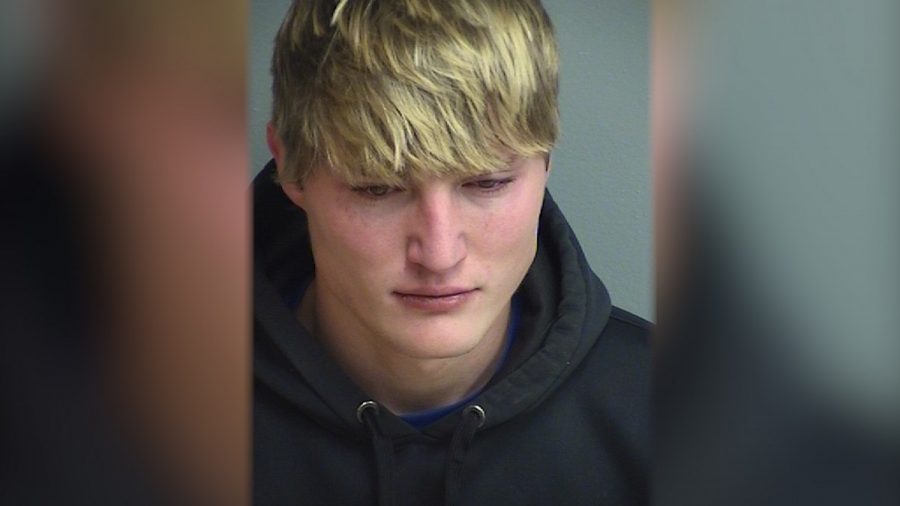 INDIANOLA, Iowa — A West Des Moines man has been arrested and charged with threat of terrorism after police said he made a drunken phone call saying he was going to “shoot up” the Alpha Tau Omega fraternity house at Simpson College, the Des Moines Register reported.

An Indianola police report states that 19-year-old Noah Carr, who is not a Simpson student, made the call using his cellphone.

Officers with the Indianola Police Department were sent to the ATO house around 11:45 p.m. Thursday after a caller from the ATO national chapter office made a complaint.

The report said Carr was with Simpson students, and the group had tried to enter the house but was denied.

Officers met with Simpson security personnel, who later found an intoxicated Carr with four people in Kresge Hall. The four subjects told police that Carr had called the ATO national office and threatened the person who answered the phone.

The police report also alleges that Carr made several threats, including “kicking his ass” and “shooting up” the ATO house. The four men who were in the room with Carr said they tried to persuade him to stop, but he refused, according to the report.

The report states Carr’s motive was that the four individuals he was with that night were unhappy with the attitudes of some of the ATO members.

Carr denied threatening to “shoot up” the house but later retracted his statement and said he couldn’t remember what he had said to the member of the national office of ATO.

At the time of his arrest, Carr had a blood alcohol content of 0.156, which is nearly twice the legal limit, according to the report.

Carr was taken to the Warren Country Jail and later transported to the Clarke County Jail, where he is being held on $5,000 cash-only bail.