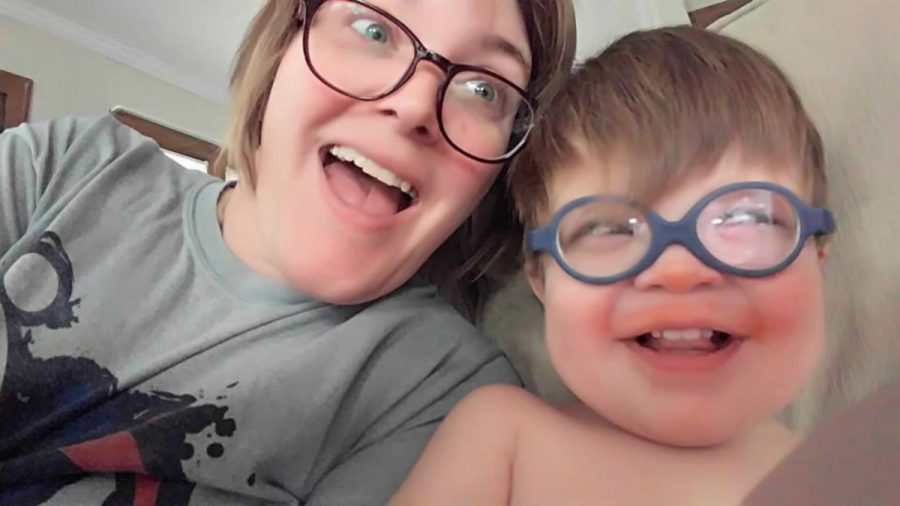 DES MOINES, Iowa — An Indianola child born with a rare condition known as Peters anomaly — a condition that causes cloudiness of the cornea rendering him legally blind — is looking at a potentially brighter future after receiving corneal transplants.

Cedar Rapids CBS affiliate KGAN reports that Joseph Carlson, who turned 2 last Thursday, was born without a corpus callosum, which didn’t develop when his mother, Andrea, was pregnant.

The rare eye disorder affects three to six out of 100,000 people; furthermore, one out of four people with the disease is legally blind.

As the curious, energetic and smiling toddler plays with his bright, red firetruck, running his fingers across the vehicles with his eyes following, his mother told KGAN that Joseph also has a heart condition, which doctors said might require surgery at some point in his life.

“Before, he could only make out lights,” Carlson said, “but now, he can see, and he can see well.”

The corneal transplants, which were donated anonymously, were instrumental in improving Joseph’s vision, thanks to advancements in medical research that paved the way for more effective procedures and improved results.

“We were both an emotional wreck because we knew someone had to lose someone in order for us to get what we have,” Carlson told Des Moines television station KCCI. “So it was kind of a bittersweet moment.”

But Joseph could still go blind due to him having glaucoma and cataracts, which his mother said are exacerbated by Joseph’s required eyedrops to keep his corneas clean.

Regardless of what happens to Joseph’s vision, Carlson said she is grateful for the donors who made his eyesight possible and expressed optimism that more medicinal advancements will be made to help people like her son.

“I am hopeful in my lifetime, but I know in Joseph’s lifetime, they will come up with something to treat blindness,” Carlson said.

Click here to learn how you can help restore and preserve eyesight.