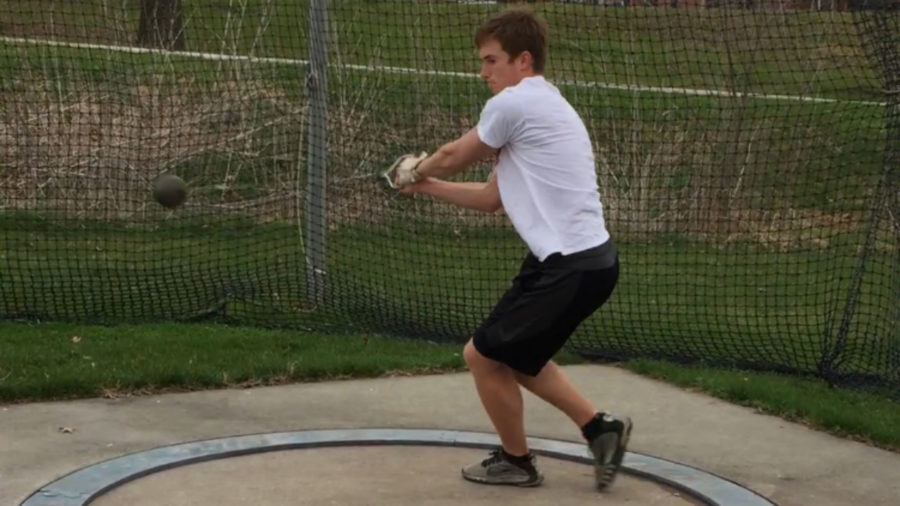 It’s not uncommon for football players to tackle two sports, especially when they both involve speed and agility.

But a placekicker transitioning into a hammer thrower is a different story.

During his freshman year at Simpson, he received an honorable mention all-IIAC as a placekicker.

Jensen said he got involved with track and field because of his friends who were already on the team.

“I thought it sounded like a lot of fun to do,” he said. “I really didn’t feel like running was my strong suit. I’m kind of slow. And so I looked at throwing. I knew the shot put wasn’t for me. I tried throwing the javelin, and I was terrible. The discus was somewhat interesting to me. But the hammer throw just really grabbed my attention.”

Trying the event for the first time, it’s safe to say Jensen is the best hammer thrower on the team – because he’s the only one.

The 175-pound sophomore from Indianola said someone his size could be a thrower.

Jensen said his coaches have been supportive of his schedule, allowing him to train with the football team in the offseason while he wasn’t going to participate in any track meets.

“I was allowed to do everything with the football team that everybody else was doing, and then I would come to track practice a few days a week and work on it when I could.

The hardest challenge, he said, is facing something he’s never done before.

“The hardest part of throwing the hammer is spinning for me,” Jensen said. “The motion is really awkward. It’s not like a normal spin. I have to spin on my heels rather than my toes, and I have to transition my weight from toe to heel after each spin and pick up speed. It’s actually coming quicker than I thought, though, now that I’m practicing more.”

Because it’s his first year as a hammer thrower, Jensen doesn’t expect to win medals or place.

“I would just really like to see a lot of improvement and at least compete in meets,” he said.