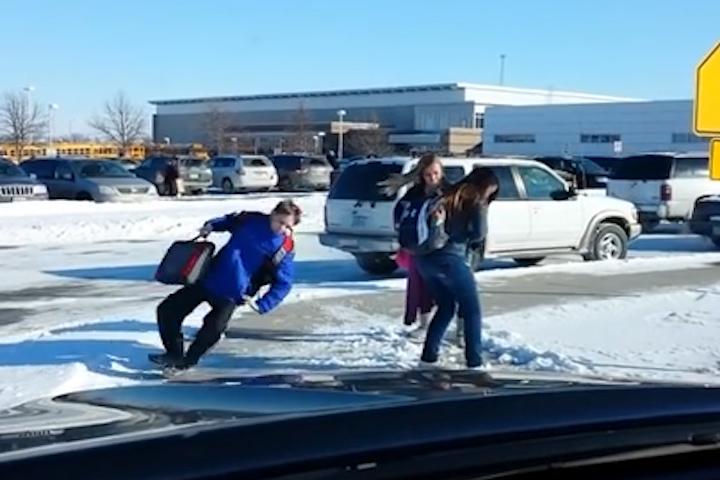 INDIANOLA, Iowa — A 2014 viral video showing middle school students slipping on ice while a father makes banal comments has resurfaced as the temperatures plunge and Iowa enters its most punishing season.

The YouTube video, posted by Alan Andersen, has garnered more than 4 million views and has spawned numerous Facebook shares without context.

For better or for worse, the popular video has a connection to Indianola – because it was filmed at Indianola Middle School on East Second Avenue.

While waiting for his children to get out of school, Andersen sat in his car and filmed students falling on a patch of ice on the sidewalk for five minutes instead of putting out an effective warning. He audibly laughs as each student wavers and falls.

Some called Andersen Father of the Year while others chastised his paternal behavior, calling his actions “sadistic.”

No injuries were reported at the time of the incident.

What do you think? Is this guy hilarious or out of line? Let us know on our Facebook page or in the comments below.