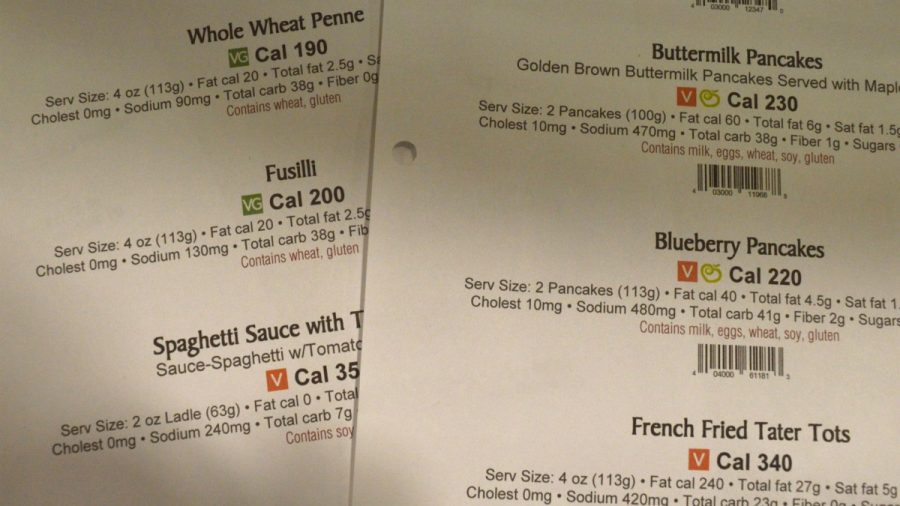 by Grace Peck, Special to The Simpsonian

Many students have complained about the lack of healthy options offered by Simpson’s dining services. Besides wanting to have healthy eating habits, some students cannot eat there because of medical or dietary restrictions.

Student Government Association’s food committee works closely with Sodexo Dining Services, directly addressing complaints and concerns brought up by students. Any student can be on the food committee and talk about issues that concern them with the food provided by the school.

The food committee is one of the many non-SGA-run student committees on campus. Several SGA members are on these committees as well as being a part of SGA, so the groups work closely together. Many vegans are on food committee and brought up the need for changes to the food services through SGA.

Cody Isabel, a junior class senator in SGA, is also on the food committee. On communicating these new changes with food services, he said, “It didn’t really take a ton of convincing, just consistency and an open line of communication. Dining services is here for us…if we bring things to them, they are usually very open to changing.”

Senior Catalina Vorwald is a vegan and doesn’t eat the food offered by dining services because it doesn’t match her diet needs. She is one of many students who don’t use their meal plan often, or don’t have one to begin with because of dietary restrictions.

“I don’t really eat on campus because there aren’t a lot of options…I would eat on campus more if they offered more,” Vorwald said. She also serves on the food committee to help bring healthier options to campus.

Although the changes will be over time, according to Isabel some changes have already begun to be implemented.

“Some of the changes take time for new types of food or ingredients to be ordered…but some things can be changed within weeks of us talking about it,” he said.

Some of the new changes include a vegan pancake option, which can be made by asking the chefs for one in the morning, and potatoes made with vegan butter. Vegan burgers are also available in Pfeiffer Dining Hall upon request.
Pfeiffer has already made some of these changes, and there will be more to come in Kent Campus Center. According to Danny Perkins, executive chef for Sodexo, most of the options cost the same for the company to get and prepare.

“Things like the vegan burger patties are more pricy, but we feel it is worth the cost to offer our students what they want/need,” he said.

If any students would like to have more of a say in what food they eat or would like more information, the food committee meets every other week at 1 p.m. in Kent Campus Center. They can contact Cody Isabel or other members of the committee.