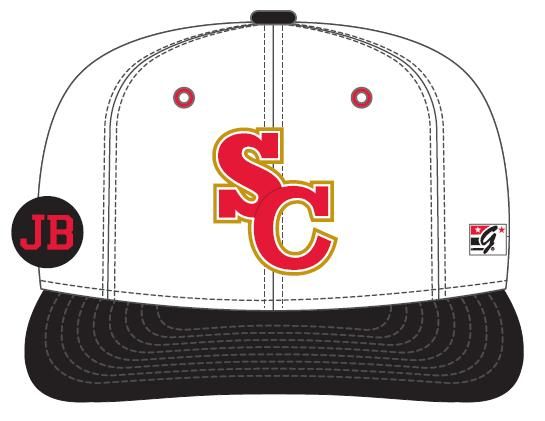 It is fitting that Simpson baseball is getting new hats in honor of the late baseball coach. A hat is a necessary part of baseball and Coach Blake was an essential part of Simpson baseball for 30 years as pitching coach of the team.

“With the JB patch, the hats are going to mean a lot,” said senior pitcher Gage Reis. “Obviously a remembrance and an honor to Coach Blake. I think it’ll be neat.”

In his 30 years at Simpson, Blake had the opportunity to work with and impart wisdom upon many players.

“He taught us more about life than he did about baseball, which I think is very important,” said senior outfielder Austin Burlin.

Burlin said Blake had a large impact on the team, and what he taught players will continue to impact the program until the current sophomore class graduates.

“He was a guy you could always go talk to, he had been around baseball for basically his entire life,” Reis said. “He could tell you stories and was a role model.”

The new hats will have an insignia on it to remind the players of what Blake taught them and the relaxed attitude he had around the game.

Reis said the hats will be white, with a red or black bill, the same SC logo the other hats have and a JB insignia on one side. These hats will most likely replace the camouflage hats worn by the team in previous years. Burlin said he expects the hat to have a retro feel to them.

Players have not seen the hats yet but expect to wear them for their first home series because the white hat will look good with the white pants of the home uniforms.

Baseball is played on dirt fields, so the white hats will not last forever, but the lessons Joe Blake taught Simpson’s baseball players will.

“A commemorative hat will never seem enough for me in capturing what Joe meant to me as a baseball player, as a man and as a human being,” said senior pitcher Brock Borgeson. “There is no figure I’ve ever met like Joe. Hat or no hat, Joe will never be forgotten by me.”