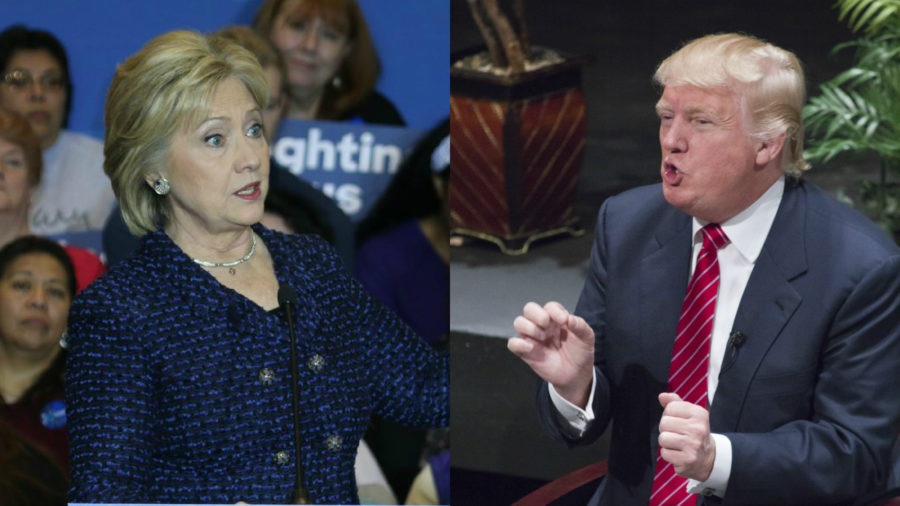 Ten percent of those surveyed said they are undecided.

Despite reports that earlier this election cycle that younger voters are wary of Clinton, she has identical levels of support among this age group to President Barack Obama’s final margin in 2012, Brad Anderson, of RABA Research, said in a press release.

“Our survey finds that young people are not gravitating to third-party alternative, nor are they overwhelmingly dissatisfied with the Democratic Party,” Anderson said. “Hillary Clinton’s debate discussion of issues important to younger voters – from immigration to civil rights – may have really broken through.”

The survey consisted of questions written by Simpson students and strayed away from traditional telephone interviews, garnering responses online.

Though Trump has tried to appeal to disaffected voters in both parties, he has not fared well among millennials and garnered the support he had hoped for Kim Alfano, of RABA Research, said in a press release.

“This could be a function of (Trump’s) latest controversial comments, as well as (Vermont Sen.) Bernie Sanders’ efforts to help Hillary Clinton,” Alfano said.

Among the top issues for young voters were immigration reform (60 percent) and the idea of white privilege (58 percent).

Fifty-seven percent of under-30 voters said they are optimistic, though, about their economic prospects.

Professor Kedron Bardwell, chair of the political science department at Simpson, said, “What draws millennials strongly toward Hillary Clinton and away from Donald Trump, however, is not economics but young voters’ very progressive views on racial equality and immigration.”

The survey took place online from Oct. 10-12, and the estimated margin of error is plus or minus 3 percentage points.

Founded in 1860, Simpson College is a United Methodist-related, independent, undergraduate, coeducational liberal arts college in Indianola, Iowa, 12 miles south of Des Moines. The college offers 80 majors, minors and programs. Given its location and the civic engagement of its students, Simpson has become a popular stop for political candidates from both parties. Simpson has about 1,400 full-time undergraduate students and 400 part-time students.

RABA Research was founded in 2016 by a bipartisan group of political professionals who have worked for candidates, issues, organizations and corporations across the globe.

RABA stands for “Red America, Blue America” because the company believes polling and data are most effective when presented accurately and fairly through an unbiased lens. RABA’s principals have worked for Obama, Romney, private corporations, organized labor, governors, legislators and organizations that fight for tax fairness and tax breaks.