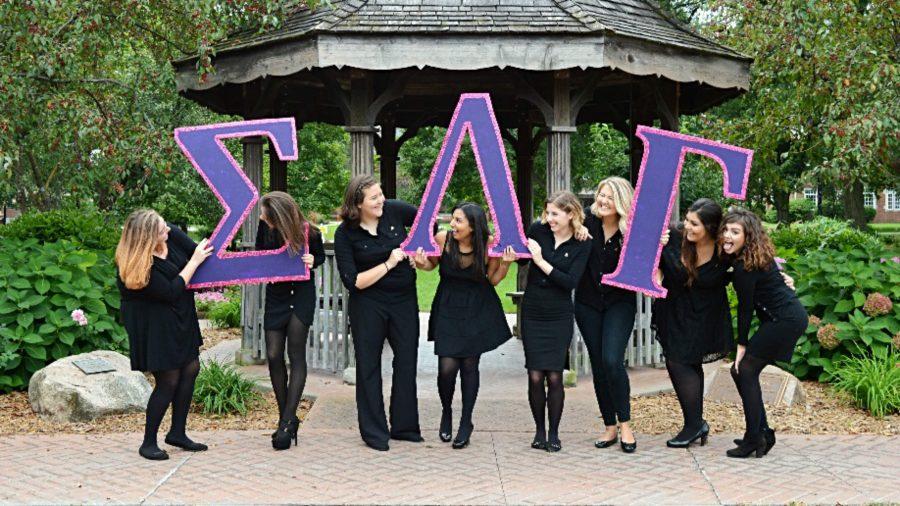 by Grace Peck, Special to The Simpsonian

INDIANOLA, Iowa — Sigma Lambda Gamma has been trying since 2013 to gain a foothold as Simpson College’s first diversity sorority, and they are just four new members away from becoming a national chapter.

It didn’t come easy, though. It took almost four years of hard work and overcoming obstacles, like finding a sorority that fit their goals and their president’s arrest this spring.

The idea for the sorority came when the members said they didn’t feel connected to the other sororities offered at Simpson. So they created what they wanted: a sorority that, while Latina-based, would include young women from all backgrounds.

The decision proved beneficial for Simpson, which has been trying to increase diversity on campus.

According to collegefactual.com, Simpson’s ethnic diversity is below the national average, with around 87 percent of the student body being white.

The founding process was long and difficult.

First, the founding members had to start the club, beginning with about 16 members. But due to financial obstacles and academic requirements, six members backed out.

The members who stayed had a difficult process selecting which Latina-based sorority would reflect Simpson’s values and the ideals of the group. They finally chose SLG and the sorority was happy to expand to Simpson.

According to the group’s national website, SLG is the largest historically Latina-based national sorority with members from all cultures and backgrounds. Simpson’s group decided they were the best fit for what they were hoping to accomplish.

By 2015, they were a colony of SLG and are now are hoping to become a national chapter by the beginning of the spring semester following the conclusion of their recruitment process.

“They wanted it, so they made it happen,” said senior Brooke Volz, a member since spring 2016. Volz explained that they didn’t dislike the other sororities or feel excluded. They just didn’t have what they were looking for.

The group, however, was then rocked by scandal in April when their president at the time, Rachael Hammes was charged with first-degree robbery along with her boyfriend. Hammes is no longer a member of SLG.

“Obviously it’s something negative that happened, but it had nothing to do with our organization,” Carlson commented.

Some of the members felt that they may have been subject to gossip for other students, but they don’t feel that it reflected on their group as a whole and what they represent.

Despite their setbacks, one of the goals for the sorority is to be considered equal with the rest of Simpson Greek life and to work side by side to better the school and the community.

Their main mission is to empower women of all backgrounds and to spread cultural awareness.

“(It’s about) appreciating what background you have and sharing it with your sisters,” Carlson said.