McBride Field to undergo major renovations by next spring 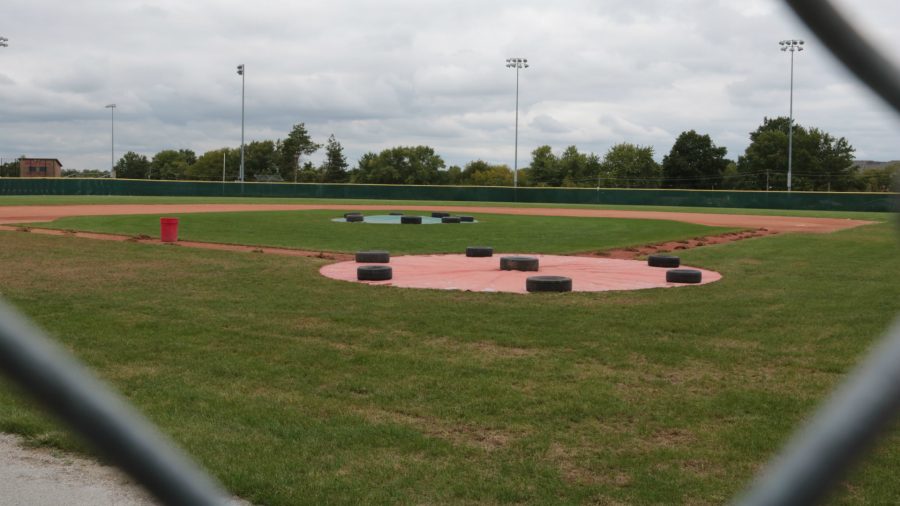 by Matt Lash, Special to The Simpsonian

The Chicago Cubs got their outfield bleachers, and they lead the MLB in wins. The Kansas City Royals upgraded their entire stadium and won the World Series. The Simpson Storm is set to revamp McBride Field and, well, we’ll see about that.

Since his hiring, first-year head coach Nathan Roling has been in charge of some major improvements to the outdated Simpson baseball complex. In the next year, the field will see developments in the dugouts and erosion control.

The additions to the dugouts will include a short fence at field level. This is to be in compliance with NCAA Division III rules and regulations. This change will open the dugouts more and allow for greater safety for players when they are standing around supporting their teammates.

The erosion control problem is one that every field faces over time. The infield dirt has gradually gone from level ground to more of a bowl shape, causing batted balls to take odd hops, turning routine outs into hits and routine hits into outs.

“The edge between the infield and outfield has a bit of a lip to in now, and we don’t want players tripping on it in the case that a ball is hit in that direction,” Roling said. “These projects will both help improve the look and feel of the field. To my knowledge, there haven’t been major additions or improvements in several years. Hopefully, these improvements help our players with confidence and allow us to focus on skills rather than playing conditions.”

The funds for these projects are from a number of donations and concession sales. Because there haven’t been many major additions to the field recently, the funds can cover a good amount of the cost up front. The latest improvements to McBride Field were the addition of the press box in 2000, outfield lighting in 2006 and a new scoreboard in 2008.

“We felt it was time to address the baseball field for its playing condition and aesthetics,” Athletic Director Brian Niemuth said. “We feel with the work we’re doing it will help in recruiting and supply a safer playing surface. It will also help us in getting games in during the crazy spring weather.”

As far as the season is concerned, Roling hasn’t established specific expectations or goals for spring ball. However, he does strive for greatness.

While an assistant at Loras and Coe, he was part of several teams that made runs through the IIAC tournament and even into the NCAA Tournament. He chose Simpson because he knows the Storm have what it takes to be an elite team. The Storm were the first IIAC team to make an appearance in the Division III Baseball Championship in 1991. The last time the Storm appeared in the NCAA tournament was 2004 when the team finished 31-16 overall. The team last won the IIAC in 2006.

This season, Roling looks to push the team to keep improving themselves, work hard and for the upperclassmen to step up to the plate to keep the team moving in the right direction.