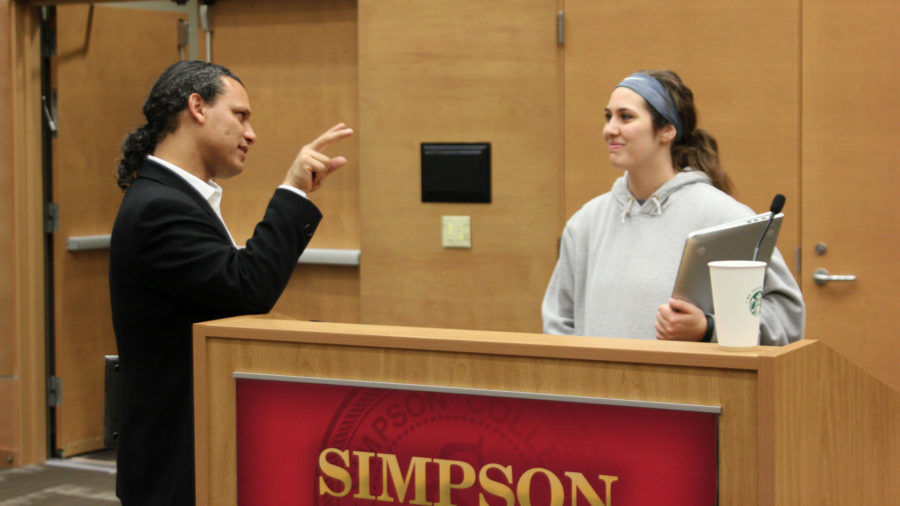 Though the skies were stormy, Mario Solis, professor of philosophy at the University of Costa Rica, illuminated minds during the annual philosophy lecture last week.

Solis’s lecture focused mainly on philosophical issues in Latin America, a subject which is taught by Allison Wolf, associate professor of philosophy.

According to Solis, an end to normativity, or stereotyping, is essential for social cohesion and becoming a more community-based society.

The premise of this statement is the manner in which privileged classes have a tendency to believe they can fix the damage they’ve done to those they’ve oppressed.

Another idea Solis shared was that philosophy isn’t restricted to philosophers in the the traditional sense. Anyone can have a philosophy.

Justin Queener, a philosophy major, attended the lecture and said he found Solis’ words to be insightful.

“What I got out of it was philosophy needs to be more practical, more community-based, and utopia is impossible,” Queener said. “It’s a goal but you’re never going to get there. It’s like tomorrow.”

Often philosophy doesn’t appeal to college students because it’s such an abstract concept. In Queener’s view, this should change because this generation is the future of the country and the world.