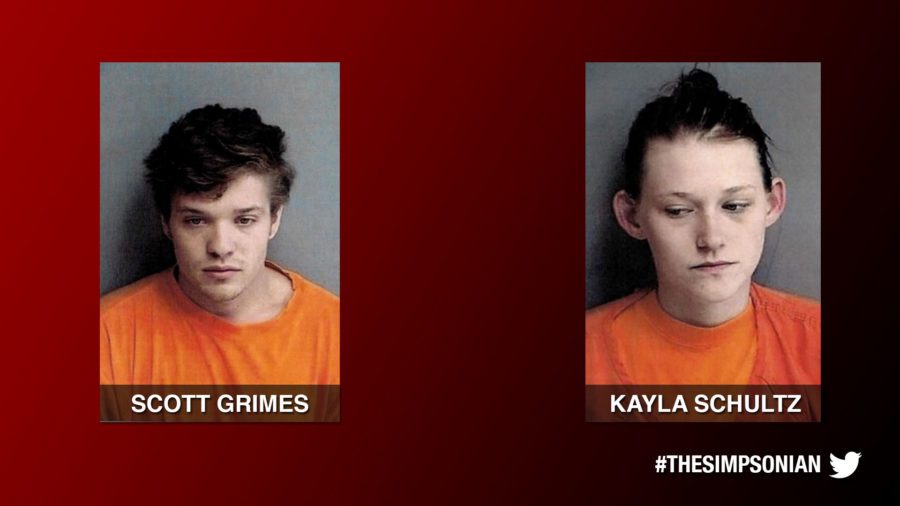 INDIANOLA, Iowa — An inmate who escaped from the Warren County Jail has been seen traveling with a woman sought by Missouri authorities, the Sheriff’s Office said in a news release early Monday.

He was being held for the following charges: assault on a peace officer, two counts of second-degree theft, three counts of third-degree burglary, possession of controlled substance (third offense) and providing false information.

Grimes is a white male, 5 feet 6 inches tall, about 155 pounds with brown hair and green eyes.

Officials said Grimes and the woman, identified as Kayla Schultz, 19, were spotted around 3:45 a.m. Monday when they bought gas at a convenience store in New Virginia and then headed toward Interstate 35 in a stolen white 2005 Kia Rio with Iowa license plate EES 792.

That vehicle was found near Bethany, Missouri, Monday morning. Authorities said a blue 2002 Ford Taurus was stolen near where the Kia Rio was found.

Schultz is a white female, 5 feet 6 inches tall and about 128 pounds.

Anyone with information on their whereabouts should call the Warren County Sheriff’s Office at 515-961-1122.