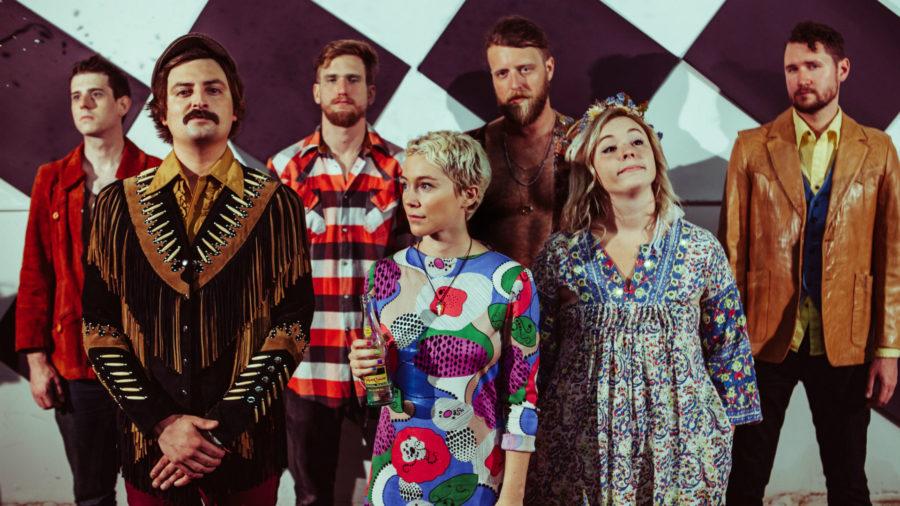 Indie pop band Wild Child has put Des Moines on their tour schedule and will be making an appearance at Vaudeville Mews on March 24.

The seven-person group, hailing from Austin, Texas, will be promoting their third studio album “Fools,” which was released in early October 2015.

The band formed in 2010 and has been vigorously creating music and touring the nation.

Alexander Beggins, lead vocalist and baritone ukulele player for the band, said he is excited to perform the new album for his fans.

“I think the feedback has been great so far!” Beggins said. “We try not to read too many reviews or let comments online affect us because we love the album, and we love what we made.”

The band’s 2016 tour will begin on March 23 in Colombia, Missouri, and wrap up on July 17 in Louisville, Kentucky.

“We’re pretty smart about our set list for this tour. We do a third from each record, so everyone gets to hear the hits as well as the new stuff.”

Wild Child never offers the same show twice. The band is constantly changing not only the set list, but also the way they perform their music.

“We tried so many times to make a set list and stick to it, but the truth is that every night is different, so we are always trying to read the crowd and give them what they want.” Beggins said, “We strip down our song “Reno” to where it’s just Kelsey and I playing it. It really resonates with people and we get a really good response from that.”

“Break Bones is another song off the new album that we’ll play, and we can either play it slowly or fast-paced depending on the mood of the crowd,” he added.

Wild Child has played at legendary music festivals, such as Bonnaroo, Wakarusa, Austin City Limits Music Festival and many others.

“I enjoy both big festivals and small shows for multiple reasons,” Beggins said. If it’s an intimate show, you can see everyone’s face and you want to perform for them. But when you’re playing giant festivals everyone there is wanting to have a good time so it creates a more relaxed setting, which is fun in its own right.”

Whenever the band returns back to Austin, the members disperse to visit family members, significant others and friends. It isn’t long, however, before the band is ready to get back on the road.

“Austin’s fantastic. There’s a sense of home and a sense of ownership. I also enjoy touring in places that old friends have moved to so we get the opportunity to visit them,” Beggins said.

Beggins doesn’t have any regrets in regards to the band, but there is plenty of caution that should be considered if you’re looking to start your own band.

“You really have to pick the people who represent you very carefully,” he said. “A lesson for anyone that you decide to work with is that there aren’t a lot of do-overs in music so if you screw up, you can’t really come back as strong. The highlights keep coming. The first time at a new festival, the first tour in a bus with your band, and playing with bands that you absolutely love.”