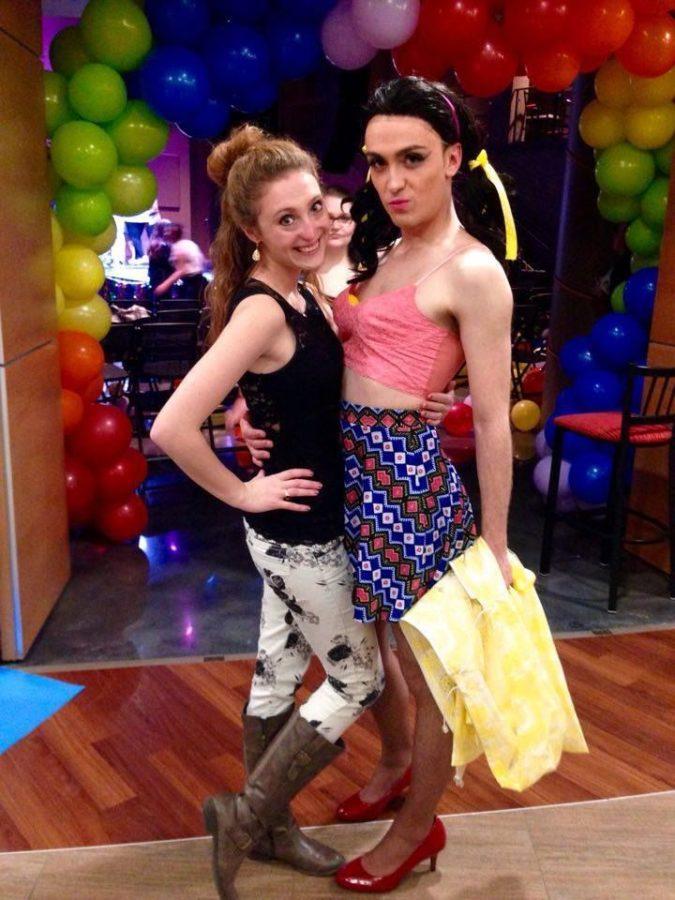 by Brandi Putz, Special to The Simpsonian

The drag show is the club’s biggest event of the year.

Professional drag queens from the Garden Nightclub in Des Moines came down to perform and help host the drag show. Students were encouraged to sign up and choreograph a dance dressed up as the opposite gender.

“I was so nervous before I went on, but it was so much fun, and I’m really happy I got to perform,” senior Bill Hitt said. “I’ve been coming to the drag show for years, and it looked like a lot of fun. I was always too shy to perform, but I have more confidence now that I’m older.”

The Tucked Privates were named the Simpson drag superstars of the night for their routine to “I Will Survive.”

Pride is meant to educate the campus and community about lesbian, gay, bisexual and transgender issues and the realities that LGBT individuals face.

Pride provides support and resources to individuals of all sexual orientations and gender identities.

“Drag is all about self-empowerment, loving your body and expressing yourself, so we chose the drag show because of the message of self-empowerment that drag is supposed to carry with it,” Tim Palese, vice president of Pride, said.

The drag show was free entry, but audience members were encouraged to tip the performers during their routines. All of the proceeds went toward One Iowa, the state’s leading LGBT organization working toward full equality for LGBT individuals in Iowa.

“It was awesome to get to have so much fun while supporting such a good cause,” Hitt said.

About 200 audience members showed their support for the LGBT community by cheering, clapping and tipping throughout the night.

“I think the event was very open and refreshing,” freshman Sarah Nutting said. “I think it did a great job of opening students’ eyes and giving them a different perspective when it comes to the LGBT community and I definitely plan on coming again next year.”

Palese offered some advice for future drag: Always tip, refer to performers by their drag names and pronouns and understand that not everyone who does drag is homosexual.

Pride members encourage students who want to get involved or ask more questions to attend their weekly meeting on Fridays at 6:30 p.m. in the Kate Shelley Women’s Resource Center across the street from the Kent Campus Center.