A day of community outreach 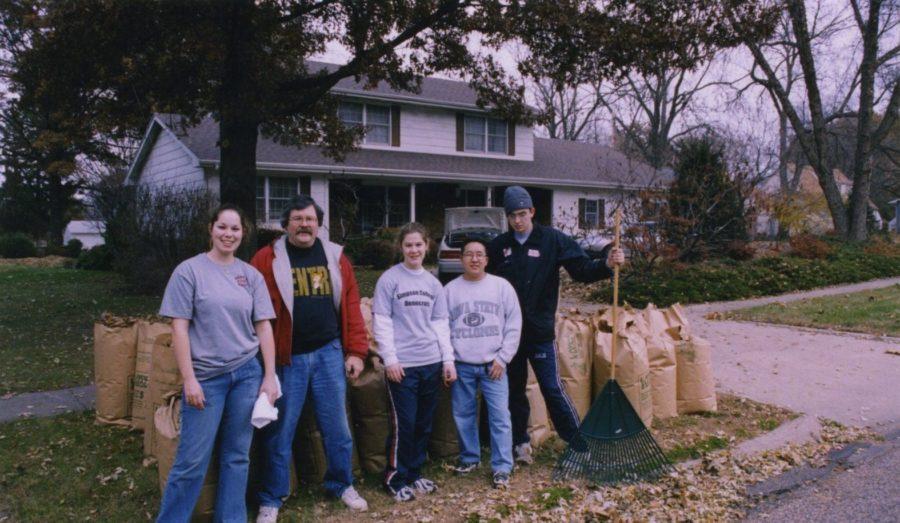 Campus Day has been a long-standing tradition at Simpson College, but the school-wide convention has undergone major changes in the years following its debut in 1889.

“Students would lie in wait in anticipation of Campus day,” said Michael Patterson, professor of music, who graduated from Simpson in 1975. “The teachers didn’t know if their class was going to be happening on any given day. No one knew.”

Campus Day used to be decided and announced in the same day, beckoned by the early morning sounding of a bell by the student body president. Ron Albrecht, professor of music, recalls rousing students for Campus Day festivities in years past.

“Faculty were sometimes assigned places to go in and wake students up to get them out of bed,” Albrecht laughed. “I remember going in with crash cymbals waking everyone up, along with the band director who had a drum.”

Campus day is no longer a surprise tradition and is instead established at the beginning of the academic year.

“Because of the way the college has evolved, with a lot of commuter students and people with jobs and internships, we can’t just spring this on people anymore,” said Cyd Dyer, Simpson College archivist.

Unfortunately, this update has led to decreased student participation over the years.

“Because it’s a date that’s announced ahead of time, some students simply don’t come to campus because they’re commuters or they book appointments that are difficult to get in because of their busy schedules,” Dyer said.

“There (are) two ways to enjoy Campus Day,” said Albrecht. “Yeah, you could view it as a day off, but we also get the opportunity to work for half a day to help somebody out.”

To address this issue, Campus Day has shifted its attention from campus projects to more team-based community outreach.

“Back when it was conceived, we didn’t have a professional grounds crew,” Albrecht said. “If we wanted to keep the tradition going, we had to move out into the community.”

Many of the faculty who have witnessed the evolution of the Simpson tradition believe the change in design has been beneficial for both the college and the city of Indianola.

“Having been around this place for a number of years, I wish that there were better interaction between the city and the college,” Patterson said. “To that end, this may be a really good thing.”

Dyer also believes that community outreach is the best way to ease tensions between the city and the college.

“It’s a way to build that town spirit,” said Dyer. “To have folks in the community who can say to their friends at coffee, ‘You won’t believe what happened, some Simpson students came over and picked up all the (tree) limbs from my yard, and we had the nicest talk.’”

Despite the twists and turns in the Campus Day tradition over the years, it remains a cornerstone in Simpson’s history, with its focus on motivating students to work together to better a community.