A Trump presidency: The age of contempt, chaos 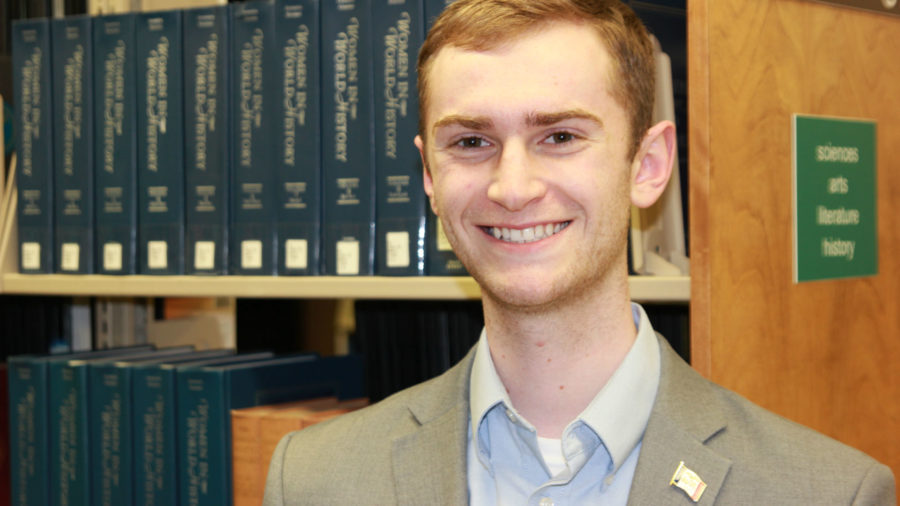 by Zach Goodrich, Special to The Simpsonian

When I was first presented the opportunity to write an opinion piece over what a Donald Trump presidency would do to our country, my initial reaction was to politely decline, simply because his candidacy is so controversial and passions burn so strongly on both ends of the spectrum and I’d rather not be burnt to a crisp.

I have friends who work for the Trump campaign and friends who are preparing to move to Canada if he wins. However, after some reflection I realized that in moments like the one we are confronted with now, I do not want to be one who sits quietly on the sidelines while my party and country suffer.

To quote the Italian poet Dante Alighieri, “The darkest places in hell are reserved for those who maintain their neutrality in times of moral crisis.” I don’t mean to be overdramatic, but when I think about what the history books will say about Donald Trump and the 2016 election, I want to make sure that I’m on the right side of history.

Looking at Trump’s campaign from an unbiased viewpoint can be difficult, but it is essential to acknowledge the commendable aspects as well as the deplorable ones.

On one hand, Trump has shaken up a lethargic and uninspiring political process and proven that a rogue candidate can find success without the support of the establishment. In addition, Trump has created a grassroots movement composed of many Americans who otherwise wouldn’t even consider casting a vote.

On the other hand, Trump has brought a new level of vulgarity, xenophobia and despicableness, the likes of which we haven’t seen in a modern presidential campaign. Donald Trump is seen in the eyes of many at home and abroad as a joke, a sideshow and a dangerous man blinded by an unyielding ignorance.

So what kind of an administration would this campaign evolve into?

I believe that the single best indicator as to what a Trump administration would do to America is what his campaign has done so far: foster contempt and chaos.

Trump’s rallies are the scene of violence where a blinding, misguided hatred fuels his supporters to turn against their fellow man. The divisiveness and discord leaves a bitter taste in one’s mouth; it makes a campaign that should be about solving problems and building a better America one that passes blame onto scapegoats and looks to take America back to its supposed glory days with plans that have as much meaningful substance as an episode of Keeping Up with the Kardashians.

If you want another indicator of what a Trump administration would do to our country, look at what he has done as the frontrunner for the Republican Party’s nomination.

The GOP is divided with a large segment of the party joining the ever-growing #NeverTrump movement and hoping for a brokered convention so that they can unite around a nominee who isn’t Trump and one they can feel comfortable voting for over the likes of Hillary Clinton.

Recently, an ad from President Lyndon B. Johnson’s 1964 campaign entitled “Confessions of a Republican” resurfaced and went viral due to the applicability to the situation many Republicans, including myself, are facing in 2016. To quote just one part of the ad, “When the head of the Ku Klux Klan, when all these weird groups come out in favor of the candidate of my party – either they’re not Republicans or I’m not.”

Regardless of the desperate calls from party leadership to unite behind whoever the nominee is, Trump as the face of the GOP will result in many people leaving the party because it will have transformed into something unrecognizable from the party of Lincoln, Roosevelt, Reagan, etc.

If you want to try and accurately predict how the rest of this election will play out, your best bet is taking several shots and binge-watching House of Cards for inspiration. 2016 has been a turbulent election year where anything can happen and conventional candidates/campaigns that otherwise would have been successful have fallen flat on their faces.

My only hope is that after we make it through this year, the 45th President of the United States can unite and lead our nation into its best days yet. If the people ultimately choose Donald Trump, I hope every word I’ve written for this article is wrong and that a President Trump can do great things for our country.

Am I skeptical about that prospect? Absolutely. Am I ruling it out completely? I’m not going to rule anything out completely for this election anymore.