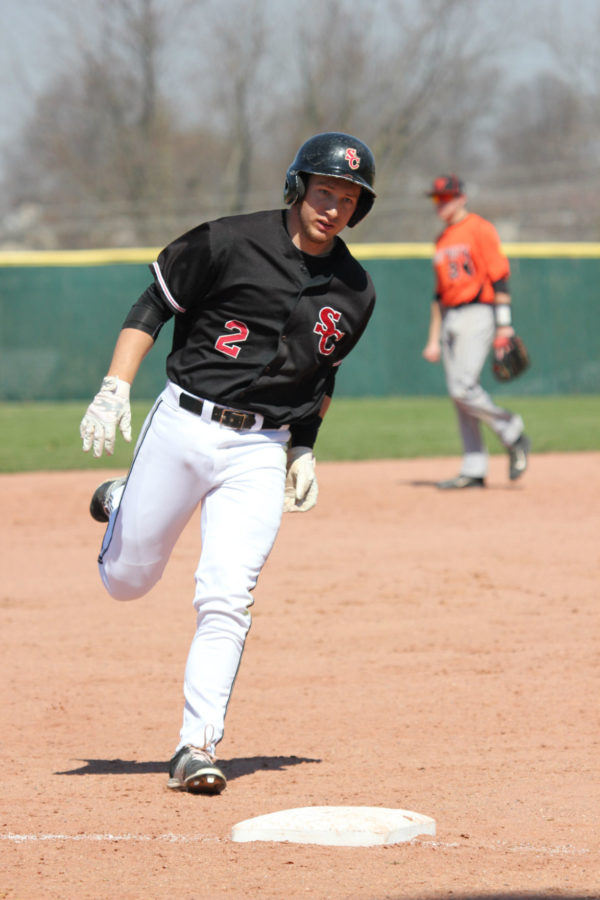 In game one of a doubleheader against Luther College Saturday, Burlin had his 30-game hitting streak, dating back to a May 1, 2015, game against the University of Dubuque, come to an end.

“I didn’t realize I had the streak until around game 23 or 24,” Burlin said. “I think it humbled me a little more than anything because you don’t realize how hard it is to do it.”

The streak could have continued for Burlin, who was robbed twice, in the streak-ending game. Burlin lined out sharply to first base and was robbed on a ground ball in the hole between shortstop and third base.

“It made me think that all the hard work I’ve put into baseball at this point in my life has paid off,” Burlin said. “It’s made for storytelling if anything.”

The Chariton native will have at least 13 games left to bolster his numbers and vie for a position on the all-conference team while Simpson (8-19, 5-11) scraps for a spot in the IIAC Tournament.