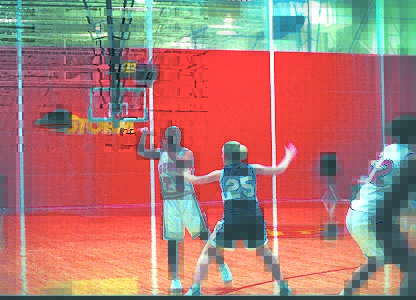 The women’s basketball team have had a challenging week. With the competition of Luther, Buena Vista and Wartburg, the Storm women have had their hands full.

The win against Luther appeared to be a turning point for the team, considering they had lost the last game played against Luther by just two points. On Jan. 22, the tables were turned as the Storm defeated Luther by ten.

This landed the Storm in first in conference standings and a firm fourth in the region.

“We need to make sure to focus on each game, and not look too far ahead,” said head coach Brian Niemuth.

The Storm, like all teams, has both its strengths and weaknesses. “We have been playing well and running the floor nicely,” said junior Katie Egli.

Niemuth also commented on the team’s depth of 12 solid players as an enormous strength.

“Our weakness is basically our inconsistent play throughout the game, and our lack of intensity at certain points,” Niemuth said.

Although the women seem to have more strengths than weaknesses, they dropped two heartbreakers last weekend against a pair of the IIAC’s top competitors, Buena Vista and Wartburg.

The Wartburg game was played well, but after the final 40 minutes of basketball were completed, the scoreboard showed the Storm suffering an 84-80 defeat at the hands of Wartburg. Stover contributed 24 points and Amy Van Pelt delivered 12.

The women have six regular season games left, four of which will be played at home. According to players and coaches, these are critical games.

“We control our own destiny,” Niemuth said.