Women can take the initiative in dating 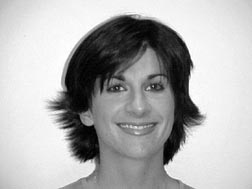 Whether we can admit it or not ladies, men have generally been the relationship initiators since the beginning of time.

Take for instance, the courting rituals and arranged marriage customs of the past. The woman was viewed as the delicate, fragile flower who needed a nurturer and caretaker.

Even now, the majority of females still tend to rely on the male counterpart to initiate conversation, approach her for a dance, and ask for the digits-although we have progressed several hundred years into the future in this sense.

Times are certainly changing here in the Yucatan, however, despite assumptions that this section of the world is strictly traditional. More often, younger women are becoming the sexual and social aggressors. Now, not only are women the objects of “piropos” (catcalls, whistles, and honks as complimentary gestures), but men are shockingly subjected to this same type of behavior as well.

Women approach men at bars, make the first telephone call frequently, and come over and visit. Guys, don’t you wish this happened more frequently? Then you wouldn’t be stuck playing all the guessing games (Does she like me? Is she just being nice? Does she just want someone to “hang out” with?).

Well, there is certainly a good reason for this confidence, and it is known as the family network. Very loyal and close-knit family structures are a crucial part of the Yucatan society.

Unconditional support comes from these bonds. The women realize that no matter what the situations, they place themselves in, their family is there to offer assistance, guidance, and support.

For example, a woman can be quite aggressive and straightforward with a man. However, when her actions seem to indicate more intimacy than she is accepting of and the man misperceives them and makes the next move, he will be blamed for disrespecting her or being rude. The woman does not automatically assume the label of “a slut”.

However, when women in the states act in a similar manner, they are labeled as teases or even worse. Because the Yucatan woman knows that her list of supporters runs long, in most instances, she is free to do as she pleases.