Security reminds students to lock up 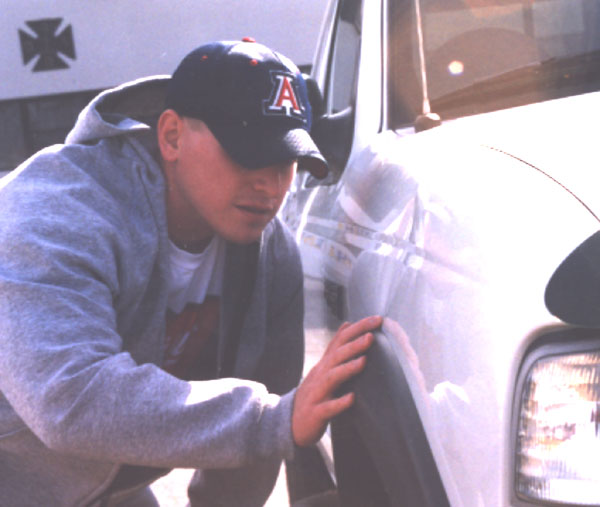 Simpson students might start taking extra care in securing their cars on campus in light of recent vandalism and break-ins that has left at least one student with a hefty car repair bill.

The break-ins occurred in the Picken, Buxton and fraternity parking lots over a two to three day period.

“[The perpetrators] looked for opportunities with vehicles that were unlocked,” said Chris Frerichs, director of campus security. “They only took items that weren’t traceable such as stereo equipment, cd players and things of that sort.”

They were also able to gain access to trunks through unlocked cars.

“There is usually a button in the glove box or a backseat that can be put down to gain access to the trunk,” said Frerichs.

While these incidents were seen in an unusual number, the problem seemed to be one that was isolated to the Simpson campus. Security talked with the Indianola Police Department who told them there weren’t similar reports around town.

“It was probably one individual doing the stealing and they got away with about $2,000,” said Frerichs. “The amount of stolen items came from gaining access to three or four cars.”

“It was just an opportunity,” said Frerichs. “They probably did one and realized they could get away with more.”

Senior Matt Duncan fell victim when his car was vandalized in early February. His car had been parked in the fraternity parking lot when the incident occurred.

“It looks like someone punched or kicked it,” said Duncan, who did not report vandalism to campus security. “It was too high for it to be another car.”

The estimated damage to Duncan’s vehicle was $715. Unfortunately, this was not the first time Duncan had to deal with vandalism in a Simpson parking lot.

“This is the second time that something has happened,” said Duncan. “I don’t feel like it’s a safe environment and yet I pay to park here.”

Duncan said he feels like the revenue from parking tickets should go to vandalism to student’s cars in school parking lots. He said money could have been invested wisely by placing security cameras in the parking lots.

“The Simpson handbook says that they provide a safe environment for students,” said Duncan. “But I don’t feel like our cars are safe by being parked in the school lots.”

There was a mass email sent out by campus security to students after the break-ins were occurred warning them of the situation.

“Students need to lock their vehicles, even though their belongings might be in the trunk,” said Frerichs. “People can still gain access to your trunk if your vehicle is left unlocked through a button in the glove box or through the back seat.”

“Some people just feel they need your stuff more than you do,” said Frerichs. “But locking your car will hopefully prevent the problem from re-occurring.”