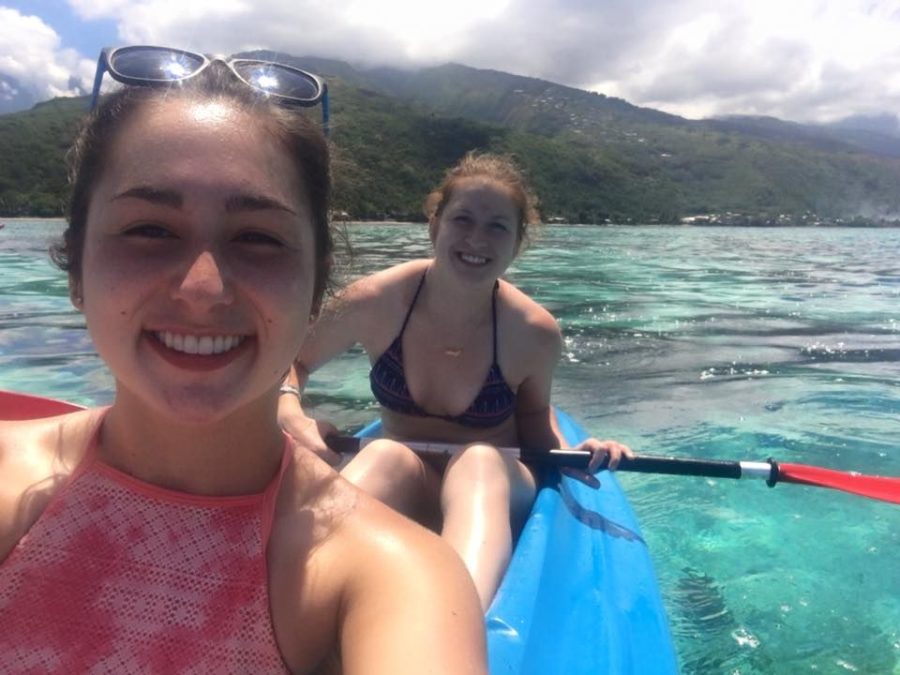 by Jayde Vogeler, Special to The Simpsonian

Reaching out of one’s comfort zone is never easy, but it can be exciting to travel and live and study in a foreign country.

Simpson students and professors traveled to Argentina and Tahiti this spring semester for three months to dive and indulge into two cultures, providing insight to different worldviews.

“Studying abroad in Rosario, Argentina, was the best decision I ever made,” junior Mikayla Wilson said. “I am learning to appreciate the little things and be fully present in my current surroundings.”

Spanish Professor Mark Bates, who is leading the trip in Argentina, said students are learning about the culture, and he hopes students will bring the knowledge they learned back to the United States.

“I want my students to come away with a sensitivity toward another culture, come back with tremendous oral speaking skills and hone their ability to analyze cultural differences they see when they get back to the United States,” he said.

Bates is no stranger to the study abroad program.

He has advised four different trips to Nicaragua from 2002 to 2006.

The trip to Argentina this year is his fifth.

“There is nothing more thrilling to see the eyes of a student who really gets it, not only in terms of language but mediating cultures,” he said.

Sociology and Criminology Professor Carolyn Dallinger, who is leading the trip in Tahiti, said she believes students are getting the best experience through social skills that can translate when they come back to the United States.

“One of the best experiences we have had is to learn about the traditional Polynesian lifestyle in Tahiti,” Dallinger said. “We have gained wonderful friendships here and have learned that the Tahitian people are the kindest and most giving people in the world. We think this is something that could really benefit the United States.”

Adjusting to the culture is hard for some to embrace, whether it be the living conditions, language shock or getting to know the city.

For Wilson, eating new food has made her yearn for comforting foods from home.

“The biggest adjustment has been the food. I would kill for a breakfast burrito and a plate of green bean casserole or party potatoes,” she said.

No major problems have come for either group in Argentina or Tahiti.

There have been minor problems, such as homesickness, illness a losing a cellphone, but the groups have remained focused, the instructors said. .

“That’s one of the values of students studying abroad, learning that they have the capability of handling challenges as they arise,” Dallinger said.

Through little problems of the language barrier and learning a new city, Wilson suggests that students should consider studying abroad.

“I would study abroad again in a heartbeat and recommend it to everyone I meet,” she said.

“Every Simpson faculty member should do a semester-long program at least once in their life,” he said.