President’s paycheck is below average 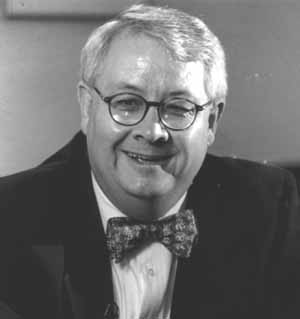 Meanwhile, the tax return shows that six other Simpson employees, including five administrators and one faculty member, received more than $100,000 in salary, benefits, expenses and allowances during fiscal 2001.

LaGree’s compensation included $161,385 in salary, $15,624 in benefits and $21,814 in expenses and other allowances, which can include sending dependents to school and the use of a vehicle, according to the college’s tax return.

Private college presidential salary increases are bothering some. According to a November story in The Chronicle of Higher Education, some critics say the job of a college president is a public service. Also, critics say, salaries are growing too high and faster than faculty salaries.

“There’s just a ratcheting effect that’s called a market effect, but whether it’s real or manufactured is hard to tell,” Patrick Callan, president of the National Center for Public Policy and Higher Education, told the Chronicle. “It puts pressure throughout the system to do more and more.”

How does Simpson’s presidential salary compare to comparable colleges in Iowa? While the following colleges have not yet released their tax forms for fiscal 2001, here are what their presidents earned in fiscal 2000:

>> Richard L. Torgerson, president of Luther College, earned $143,183 in his first year at the Decorah school.

Iowa’s highest-paid college president, Russell K. Osgood of Grinnell, earned $365,750 during fiscal 2000, according to that school’s tax return. Grinnell had $981.5 million in assets at the end of the fiscal year, compared to Simpson’s $106.6 million.

Eighty-six private-college presidents earned $300,000 or more in the 2000 fiscal year the Chronicle reported, while the average faculty member salary was $58,352.

Simpson’s tax return shows it lost about $3.9 million last year, its largest in four years. The school had revenues of $28 million and expenses totaling $31.9 million.

Officials at Simpson say the loss was due to the declining value of the stock market and did not represent a cash deficit.

The school’s unrealized losses — those represented by the falling value of stock– amounted to $9.6 million. According to Ken Birkenholtz, vice president of finances, unrealized losses are those that have not yet been cashed in.

“Stocks the school has invested in are unrealized losses,” Birkenholtz said. “We don’t actually have the money from them yet, but we have to account for their loss anyway. These are paper losses.”

Tax returns of all private colleges and universities can be obtained through the Internet at http://www.guidestar.org. Simpson’s tax form is available for viewing in the president’s office in Hillman Hall at any time.