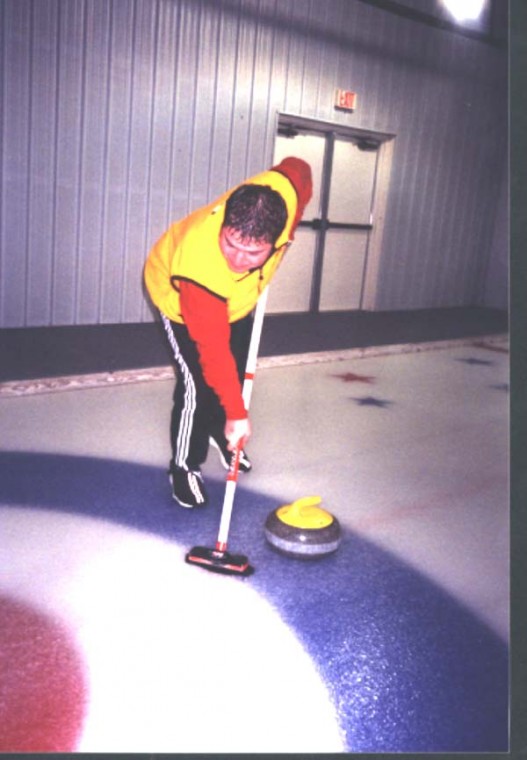 To create more opportunities for fun and campus involvement, students and staff have gradually worked to bring a growing number of alternative sports to Simpson.

Word has circulated about curling, ultimate Frisbee and racquetball through mass e-mails, and club organizers have been encouraged with the large response they’ve gotten.

Who would have thought that Simpson College would have a curling team, let alone one that could win medals in its first competition? Senior Nate Boulton saw the potential for this and organized a team this past month, though team members may not have been familiar with the sport before this winter’s Olympics.

“We approached Senate last weekend. We obviously don’t have the facilities and are hoping to build off of the Olympics,” Boulton said.

Boulton said he started the curling club because he wanted to give people added opportunities for involvement. It lets people get into athletics that they normally wouldn’t, he said.

Boulton got a pretty good response from an e-mail he sent out, which led to added interest as word quickly spread around campus about the club. The team had its first taste of competitive curling at a competition over Spring Break.

“We sent some people to the national tournament last week,” Boulton said.

Not only did the Simpson team participate at the 2001-2002 College Curling USA Nationals, but they brought home bronze medals for their efforts, placing above Wisconsin Medical, Transylvania and Texas A& M.

Though the curling season is coming to a close, Boulton said he hopes for this sport to be a new Simpson College tradition.

“Right now it’s the end of the season for curling, but I am hoping to lay the groundwork for next year,” Boulton said.

If students want to get involved in curling they should contact Boulton directly or send him an e-mail.

Last semester, sophomore Sean McRoberts also felt that student involvement at the college could be improved by the addition of an Ultimate Frisbee league.

“Mostly, I wanted to play Frisbee last year, and other people had talked about it, so I did something about it,” McRoberts said.

“I sent out an email to the student population. Lots of people signed up. We have eight people per team with four teams,” McRoberts said.

For now, games are planned to take place on the weekends, and McRoberts said he hopes this will give students something different to do on the weekends, since he has heard that a lot of people complain about a lack of things to do .

“If we give them more games and sports to play people might stick around,” McRoberts said.

McRoberts is planning on starting games soon. “A few games on Saturday or Sunday afternoon and tell teams when they’ll be playing. We’re going to put up some posters or you can email me at [email protected]” McRoberts said.

A club that has been around a little bit longer is the SCORPION racquetball club, started by telecommunications technician Jason Luedtke. Like McRoberts, Luedtke said he started the SCORPION club because he loves playing the game of racquetball.

“I wanted a pool for talent and more experience,” Luedtke said.

“We have 32 people signed up and half of those are students. ” Luedtke said.

Luedtke said he feels that the need for such sport is for individuality, something not offered by most intramural sports. “Intramural sports aren’t that way, but people can follow racquetball at their own pace,” Luedtke said.

“The way I run the SCORPION club is by having times tables at random, there is no set schedule. I try to do something with it when I have free time,” Luedtke said.

Looking towards the future, Luedtke hopes to start a walleyball group. “I want to see if there is an interest in three on three walleyball for spring and I plan on asking student development,” Luedtke said.